I took down beginningofinfinity.com and replaced it with a protest message regarding the harassment against me and my community that David Deutsch is involved with.

I also found many misquotes in The Beginning of Infinity.

You can ask questions or discuss these problems in this thread. Discussion related to DD and his community (“CritRats”), harassment or personal interactions should only be posted here. You can ask about my history with DD here. This is also a good place for short messages related to DD’s work.

If you wrote a comment on my new video 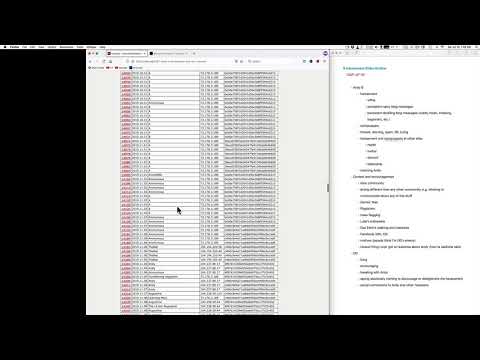 could you let me know?

There were 7 comments that were somehow deleted. I know what 5 were (3 harassment from a guy who associates with Andy B and CritRats who was violating a no contact request, one reply by me, one reply by Alan).

I don’t know what the other 2 missing comments were, so if you wrote one, speak up. Thanks!

In Dec 2012, I came to the conclusion that DD was a justificationist because he believed in things like degrees of solidity (goodness) of ideas. He thought ideas should be judged by how much solidity they have. He also has some anti-Popper, pro-justificationist statements in FoR and BoI.

DD didn’t like this, and I wrote this to try to discuss/debate it with him:

How do you determine which explanations are better than which?

My answer would be criticism and nothing else. (Non-refuted ideas are better than refuted ideas.) But criticism does not give ideas weightings of how good they are.

He never answered. It wasn’t possible to get him to clarify his position. He wouldn’t deny having the position I thought he did, nor specify some other position. But he also wouldn’t stand up for his position, clarify details of it, and defend it.

Instead, he sniped at minor issues and replied to other people to try to make it look like he was participating in the discussion. But he never answered the first short, clear thing I said to him. He wanted a messy discussion and made it.

He would not answer the question “How do you determine which explanations are better than which?” He wouldn’t try to explain his epistemology. That is a thing he didn’t want to do. But he wants to tell the world what to think about epistemology!?

He wouldn’t say whether his answer involves things other than criticism.

He wouldn’t say whether he thinks degree criticism is a thing, and explain his take on that.

He wouldn’t directly say whether and why he thinks ideas are assigned weightings.

He wouldn’t point out some reason a non-weighting approach wouldn’t work or directly say he rejected that.

He simply wouldn’t participate, as an intellectual/philosopher with claims about epistemology.

He hasn’t done these things since. He basically hasn’t written anything substantive, anywhere, since he wouldn’t answer this question.

I think this thread – and this challenge to him regarding epistemology – might be the real thing that alienated him from me. I suspect my invention of Yes or No Philosophy, which is better than what he has to say about epistemology, is what he dropped me over. He didn’t like being challenged and criticized (similarly, btw, he didn’t like it when Demosthenes challenged and criticized TCS).

He likes dealing with rival views he can claim big superiority to, like induction. He didn’t want to deal with something more challenging. I think that’s because he couldn’t beat it but didn’t want to join it – he didn’t want to learn new things and change his positions. He wanted to stick to the narrative already in his books and for that to already be great.

I was reading chapter 7 of FoR and DD says some stuff about justification. I think he says there is that the scientific process is justified. In the preface of the audiobook DD said that if he was writing the book today he would avoid the words justification and justified and justification because they are so easily misunderstood. He said that something being justified always means that it is the right thing to do morally and methodologically.

The FoR audiobook wasn’t out yet in 2015 (I see this from a DD email). The audible page says copyright 2018 so maybe that’s when it came out.

So his comments about justification in that preface are a response to me, and an excuse. He’s downplaying my substantive disagreement with him as a mere misunderstanding due to wording. 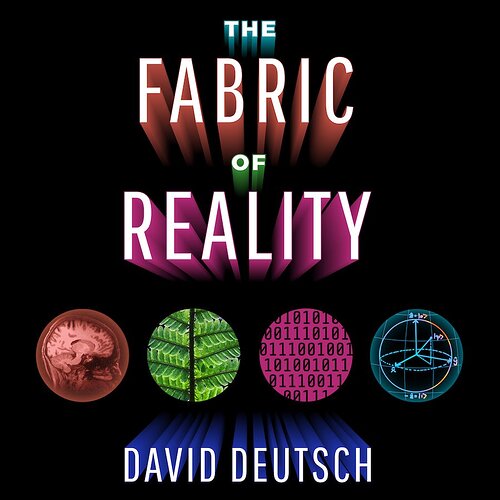 @DavidDeutschOxf
Audiobook for The Fabric of Reality coming soon on Audible and iTunes, narrated by @DixonVoice.

DD tweeted about it on 5th Dec 2018 so I think it came out around that time.

Most contemporary philosophers are crypto-inductivists. What makes matters worse is that (like many scientists) they grossly underrate the role of explanation in the scientific process. So do most Popperian anti-inductivists, who are thereby led to deny that there is any such thing as justification (even tentative justification). This opens up a new explanatory gap in their scheme of things.

This isn’t a wording issue. DD openly opposed “most Popperian anti-inductivists”. He disagreed with them specifically about justification. He says that they reject tentative positive justification and he doesn’t.

DD tried to change Popper to have positive degree arguments as long as their fallible and explanatory. That’s a bad change. It’s also weird how he’s trying to walk it back and pretend he didn’t disagree with Popper. It’s also dishonest about the explanatory part. DD has repeatedly tried to steal credit from Popper about the value of explanations, when actually Popper emphasized it a ton. See the section Taking Credit from Karl Popper in Curiosity – Misquotes by David Deutsch

DD thinks (or at least says in FoR) that explanations positively justify ideas. The issue here isn’t the word “justify”, it’s that he’s advocating positive arguments (as long as they are explanatory and tentative/fallible). He seems to think that Popperians are opposed to positive arguments b/c they are thinking of non-explanatory arguments b/c they underrate explanation. This is grossly unfair to Popperians.

He admits here that he differs from Popper. Popper rejected all positive arguments. DD doesn’t. So presenting himself as footnotes to Popper is dishonest (since that’s a major change/disagreement, in addition to how he tries to take credit for realizing explanation is important, which also wouldn’t be a footnote level issue – the footnote thing is just fake humility in order to social climb. It’s like the opposite of my saying positive things about myself and then people getting mad about my arrogance).

Popper rejects all positive arguments and calls those justificationism.

DD thinks Popper missed this due to underestimating the value of explanation. (Which conveniently, and falsely, gives DD a claim to fame. It gives DD a major way to claim to have improved on Popper.)

This is not a wording issue. DD just disagrees with Popper and is IMO wrong.

It’s weird (irrational, unreasonable) how DD was so upset that anyone would criticize his position, and say he disagreed with Popper on justificationism, when he criticized “most Popperian anti-inductivists”, in his book, regarding justification.

“Reach” is just generality of ideas – how widely do they apply? It’s not specific to science. It’s renaming a common concept to make it seem like more of a discovery.

It’d be kinda funny/sad if the idea of “reach” did not reach outside of science.

But actually “reach” is more generic than that and applies to ideas in all fields – it has good reach.

I know I’m overreaching here so I’ll drop out before creating any mess but isn’t the idea of reach also about pointing out how the process of knowledge creation of humans is special and actually works. That’s how it looked like to me and I’ve used in arguments with friends. This is how my argument would go: the fact that newton was trying to explain how planets move but that theory applies to projectiles and bridges means that we aren’t just trying to make sense out patterns we observe. We are actually discovering some truths.

this argument is against the common sense theory I think. A lot of my friends believe this theory that we are just trying to make sense out of patterns. The theory also says that we observe a lot of patterns and then just try to summarize it using mathematical equations.

I’ve used the fact that theories have reach to justify the process of knowledge creation. Maybe I’m just saying all confused stuff here.