The Chrome extension Video Speed Controller is also available for Firefox. For Safari I use Accelerate, which has fewer features.

I just i did right click and “copy link” on a link, because I wanted to open it in a different browser, and realized that’s another way the link click counter becomes inaccurate.

I do text browsing (like CF) in Firefox but most video watching in Chrome because of the speed control extension. So when I “click” a link that is or I expect to contain a video I’d want to watch I actually copy/paste it into Chrome.

I looked at how discourse tracks links the other night: when you click it opens a link in a new tab and sends a post request back to discourse server (/clicks/track).

this only happens for left-clicks, not middle-clicks (which is how I usually open tabs b/c the tab doesn’t change, unlike left click)

left clicking your own link (one in your own post) does send a track event.

From the above I’d expect that the vast majority of my clicks are not tracked by discourse. (Note: I use FF with duckduckgo privacy enhancements and some other things, so those might interfere, but I haven’t noticed anything that would indicate that)

ps. I use “Video Speed Controller” in firefox, and I’ve just started using this and I really like it Tree Style Tab – Get this Extension for 🦊 Firefox (en-US)

As for checking the links I usually don’t click on the tiktok links b/c they usually have no additional info about what they are about and thus don’t really draw my interest. Sometimes I do click on a tiktok link but usually do not watch more than one or two for the time being.

I think additional info would be nice and useful, and I think it’s shitty that onebox doesn’t work for tiktok, but I don’t think that lack of info is a good reason to not click Elliot’s links.

I’m curious if there’s something about the context of it being a link in a forum post that’s relevant. Like if Elliot was still doing newsletter and had an “Interesting TikToks” section with bare links, would you click on some of those?

I wonder if it was trained? It looks like open ocean. Actually, the poster is from the US, so she’s probably on a tourist thing, and there’s plenty of opportunity for training in that sort of case. I think it’s a Beluga whale - Wikipedia and that page mentions some populations don’t migrate.

The Chrome extension Video Speed Controller is also available for Firefox. For Safari I use Accelerate, which has fewer features.

Ya, I knew that VSC was available for Firefox. When it came out (after I already had it on Chrome) I decided I didn’t want to install it on Firefox because it can read content from all tabs. I do stuff where security and privacy is relevant in Firefox, and I avoid doing security or privacy relevant stuff in Chrome, both because of Google spying and because of extensions which might also spy.

I don’t use Safari much because it’s limited to only my Apple devices.

Ah. I take it you do some private/secure stuff in non-private tabs? Cuz I believe the extensions can’t spy on private tabs unless you let them.

IDK about @Lebowski’s case, but one example that comes to mind for using non-private tabs like this is operating in multiple AWS accounts (or other devops-y / cloud stuff). I have made extensive use of profiles (both Chrome and Firefox support this, though I found chrome’s easier to use (~2019)). From memory at least these things are isolated: extensions, saved passwords, associated google/firefox account sign-in, history, themes, cookies.

I created profiles for each of the 3 main environments (dev, test, prod) and then would use my main profile for personal AWS stuff (which was still useful to have even with the other 3 envs). I also color-coded the themes so it was immediately obvious which one I was using and I wouldn’t accidentally do stuff in the wrong environment. (There were other safeguards, too)

One reason I liked chrome profiles was that (at least on windows) I could have multiple chrome buttons on the taskbar. Equiv in macos would be multiple chrome icons (one for each profile) on the dock. That made it v easy.

I take it you do some private/secure stuff in non-private tabs? Cuz I believe the extensions can’t spy on private tabs unless you let them.

I hardly ever use private tabs. When I looked into it (a long time ago) I got the impression that private tabs are mainly good for preventing correlations between your activities. Like, without private taps certain networks or advertisers could know: Person A uses Facebook with ID joe, has an account at Chase bank, and searched for snow shovels. Instead, with private tabs what can be known is Person A uses Facebook with ID joe. Person B has an account at Chase bank. Person C searched for snow shovels. Persons A, B, and C all have the same origin IP address, but might or might not be the same human being. That kind of “protection” did not seem worth the trouble. It seemed more like a false sense of security to me.

I wasn’t aware that private tabs could prevent an extension with permissions to read site content from reading the site content of a private tab. Maybe that’s a recent development or maybe it’s something I overlooked when I investigated the use case for private tabs. Video speed controller was the first extension I remember using. It’s possible I formed my opinion of private tabs before that and never updated.

2 posts were split to a new topic: The Canadian Mass Grave Hoax (video) I like effort to understand details and get them right.

So I think you just don’t like/respect/value me much. You act like you don’t think I’m a great, Rand-like thinker, but you don’t say or discuss that. Meanwhile you’re asking for my help in another thread (with substantial ambiguity about what you’re asking for).

I have thought about this. I think that what I did was to assume that the unlabelled links were not interesting (mainly depressing) to me without even clicking them.

I also thought some about why I think this happened. I think I made a rushed conclusion re the tiktok content in general based on the one link I did click and some of the others that did have some additional info alongside the url.
I think that most of them were about how stuff in the world is bad in different ways, and looking at bad things in the world that I don’t think that I can directly impact makes me somewhat depressed and makes my day worse. I think this is connected to what I discussed briefly with @Max last year. Maybe I’m too fragile to this kind of content b/c of some bad ideas, or maybe I mistakenly think stuff belongs to this category b/c I don’t understand it better. Or something else.

Edit: Forgot to add the link to old Max discussion. Added it now.

Isn’t the fact that Elliot posted it enough? He’s posting them for a reason, and filtering them for you (and all of us). The videos each have a point to them (sometimes more than one). Also, if he added comments to all the links – thats overhead + primes ppl so they will react differently if they know his opinion. I don’t think I’ve watched any TT he’s posted and thought well that was a waste of a few minutes (and ofc you can always just close the tab if it’s not interesting or relevant).

I think additional info would be nice and useful , and I think it’s shitty that onebox doesn’t work for tiktok, but I don’t think that lack of info is a good reason to not click Elliot’s links.

I try to explain what I think happened in the post to Elliot.

I’m curious if there’s something about the context of it being a link in a forum post that’s relevant. Like if Elliot was still doing newsletter and had an “Interesting TikToks” section with bare links, would you click on some of those?

September 29, 2021 is the 140 th Birthday of Ludwig von Mises, the greatest economic defender of capitalism in the 20 th Century. Here is ... 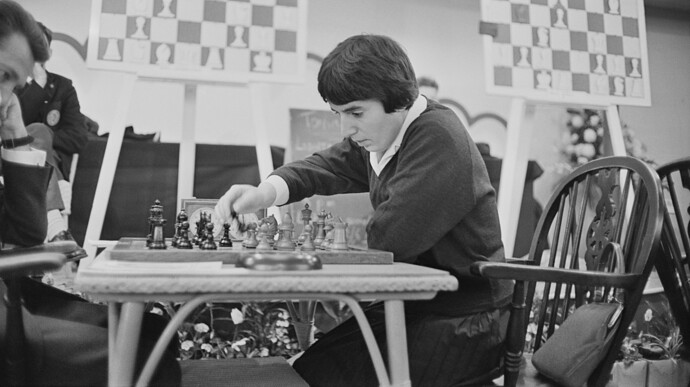 Georgian chess legend Nona Gaprindashvili is suing Netflix for defamation. At issue is a line in the show's final episode that falsely says she hadn't played against male opponents. 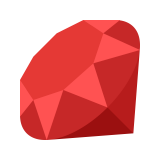 A lot of times, people ask what’s Ruby good for apart from Rails. Ruby is great for various tasks from several different domains, and today, I would like to share how anybody can use Ruby in publishing ebooks.