Was not expecting something positive with that sound. Pause and read the text they wrote as instructions to the delivery guy.

“rationalists” get mad about ppl caring about causality.

US health care is so broken now. (And so different than a free market.)

Tucker Carlson sure went downhill since his best writer got doxxed and fired.

The shilling for Only Fans and other sex work is really gross and is mostly just try to make money from the recruited people, not being “sex positive”:

(original video being replied to. there are many like it. i’ve seen stuff before including about trying to recruit/groom minors into sex work like OnlyFans – trying to get them to sign up the day they turn 18 which means influencing them to do it before they’re 18)

Example of how ppl defend (a small part of) capitalism on TikTok: 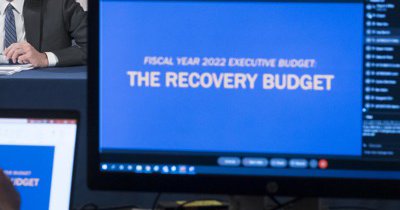 @nicholaraihani
Submitted a paper reporting null results to a mid tier journal. Guess how it went. I literally don’t care at this point but I do feel bad for the first author (who I won’t name here).

Based on the tweet info, I expected basically what the first pic said.

The second pic was worse than I expected. It’s really sad.

If such things can be done to Britney, most people aren’t really safe.

also she should consider a peloton or something, might wind up working out better for her $ in the long run (though maybe she likes to meet ppl at spin class)

Did you actually do the math for this? The Peloton itself is almost $2000 (over that with tax in many states) for the regular model, or about $2500 for the “plus”. And then you have to pay $40 a month for the Peloton membership.

She said in the video she spends $864-$1296 a year on spin classes. So it will take a while to break even on the cost, especially if she is actually in the lower range.

Also, she has a gym membership, so she could also just use the bikes there if she just wants to use a stationary bike alone.

OTOH, attributing the entirety of her grocery/restaurant spending (which is what she seems to be doing) to her appearance costs seems mistaken. At most should be the difference of “healthy” eating budget over “normal” budget.

If that is actually her entire food budget, I think she’s underestimating. $75 a week on eating out isn’t really very many meals, so she would still have to make most of her food at home. $325 seems unrealistically low as an entire grocery budget for a single person who is buying “healthy” foods and not being especially frugal or budget conscious.

Did you actually do the math for this?

No I guesstimated based on my intuition. I looked it up after the fact but didn’t follow up for some reason. I have seen “knock-off” Pelotons for $500-600 so i figured maybe real thing was 2x that, not 4x.

If that is actually her entire food budget, I think she’s underestimating. $75 a week on eating out isn’t really very many meals, so she would still have to make most of her food at home. $325 seems unrealistically low as an entire grocery budget for a single person who is buying “healthy” foods and not being especially frugal or budget conscious.

yeah that makes sense. I eat mostly at home and even when I eat “out” it’s cheap stuff, so my sense of what food costs is skewed towards thrifty. First 3.5min have a glance at some math people used for making a Tool Assisted Speedrun. Looks like some good thinking and effort went into it. Who needs photoshop when you take 100 photos in order to post one? The one you post isn’t representative of regular life.