Has anyone used wired airplay to use one mac as a display for another mac? 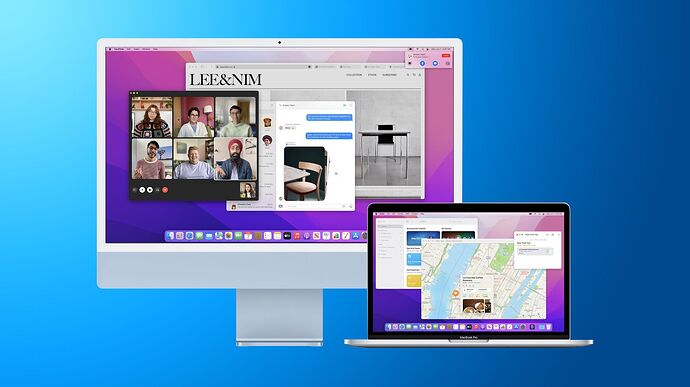 One of the key new features of macOS Monterey is the ability to AirPlay content to a Mac from other Apple devices, such as an iPhone, iPad, or...

Anyone know how well that works? I’m hoping I could keep using my current 5k 27" intel iMac as the display for the new Mac Studio.

Other comments on the Mac Studio and other Mac news would also be welcome. My impression is the minimum CPU in the studio would be good. The desktop alternatives are the mini or 24" imac with a much weaker CPU and 16GB ram limit, or waiting for a new mac pro that’ll be expensive overkill compared to the Studio.

A reddit user (plus some replies) says wired airplay is probably not good enough: https://www.reddit.com/r/MacOS/comments/qovnb8/i_was_hoping_to_use_airplay_from_mac_to_mac_as_a/

The main issue is slight mouse latency. You also lose some picture quality.

It’s probably fine for a secondary display though.

I didn’t know about this. Apparently for the 8gpu and 7gpu m1’s, it’s the same chip but with one gpu core deactivated because it failed quality control. Errors in cores are basically uncorrelated so this is OK. If two things on a single chip fail then it’s thrown out, but that’s much more uncommon than one failure.

The 7gpu m1 is a good enough chip and lets the manufacturing be more efficient.

Similarly, Apple has 10core and 8core versions of some CPUs. 8core is apparently the same thing but 1 or 2 cores failed quality control. if one fails, they deactivate two to keep the product line simple. (edited for misreading. he said “If more than one core is bad, they just fail the whole die.” but then contradicted himself later re the 10core vs. 8core scenario, in which case they apparently will keep stuff with 2 bad cores. i didn’t catch the contradiction initially and thought the earlier statement still applied.)

I have found conflicting info on whether apple silicon macs actually need less ram than the old intel ones did or not. I’m unsure whether i need 64ram for a mac studio or not. Anyone know anything? 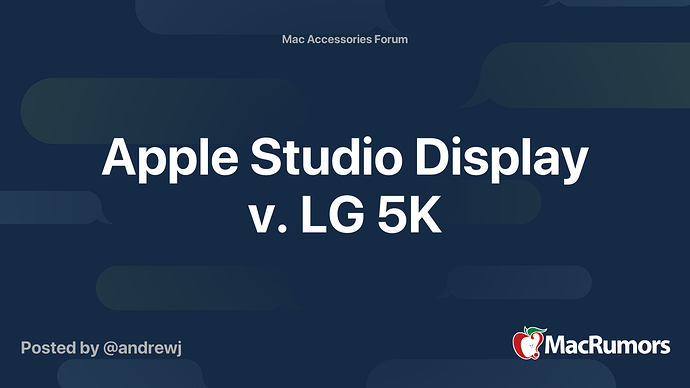 Thoughts about how the Apple Studio Display will differ compared to the LG 5K? Will content appear more or less the same, except the build of the display and the stand as well as the ports?

Says 5k display market is badly underserved. There’s the LG ultrafine that Apple has been selling for $1300 and now the Studio Display (that uses an LG panel) for $1600. The extra $300 is fine for the extras Apple gives you. Some people are saying that more used ultrafines will go on ebay now with people upgrading to a Studio Display, so you can get one that way.

Someone says the reason for the lack of 5k displays is that Windows’ implementation of HiDPI (aka retina) is bad so there’s low demand. sigh…

The 5k displays seem like such a bad deal compared to 4k displays. It’s awkward though. I’ve been using a 4k 27" display as my primary display today to try it. It’s OK but worse. And I can put it in 1080p mode which is less pixels than I’m used to or 1440p mode which means a scaled image which is a little blurrier (i’m not really sure yet if the 1440p is worse or fine; I’ve been tweaking multiple settings).

I’m not very picky about image quality except for text, which I want to be really crisp.

$625 dell ultrasharp is an option for a higher quality 4k monitor. One of the best I think. Haven’t researched closely. recently released. a review: 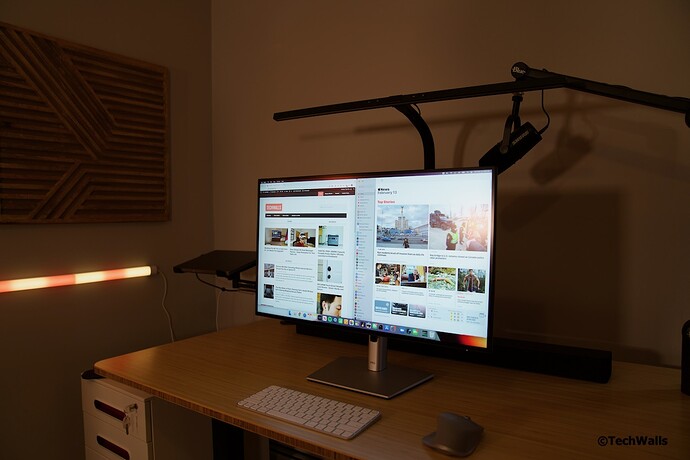 Dell introduced two new UltraSharp monitors, the U2723QE and U3223QE and I couldn't be more excited because they come with many promising features. The U2723QE is the same as the U2723QX monitor that is sold in some countries outside the United... 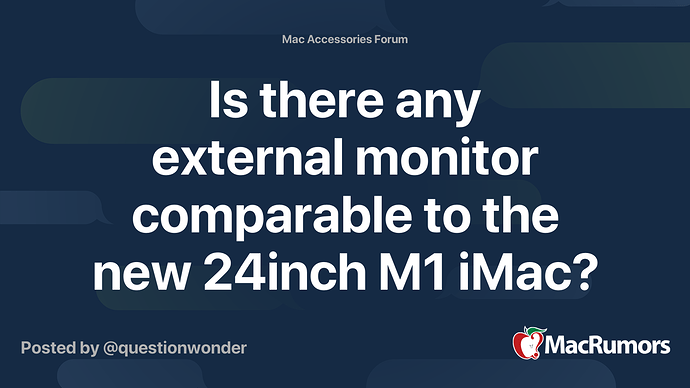 Is there any external monitor comparable to the new 24inch M1 iMac?

The reason Apple uses 218 ppi monitors in the first place is that macOS’ UI and font rendering is optimised for that pixel density; using the default, pixel-perfect HiDPI mode gives you the equivalent of 109 ppi so that UI elements and text will have the “correct” size but be very sharp. If you use a monitor with a lower PPI, its pixel-perfect mode will make everything look larger than on the iMac. Attaining the same (simulated) PPI as on the iMac thus requires running the monitor in a scaled resolution, sacrificing some picture quality (but not to a make-or-break extent IMO).

If you absolutely must have 218 ppi, your only options are/were [AFAIK]:

You can also build a DIY 5K monitor.

So basically there’s almost nothing on the market as standalone alternatives to a 5k imac display.

I’m not sure if the 5k imac was a good deal, the LG ultrafine ($1300 standalone for similar screen) a bad deal, or both.