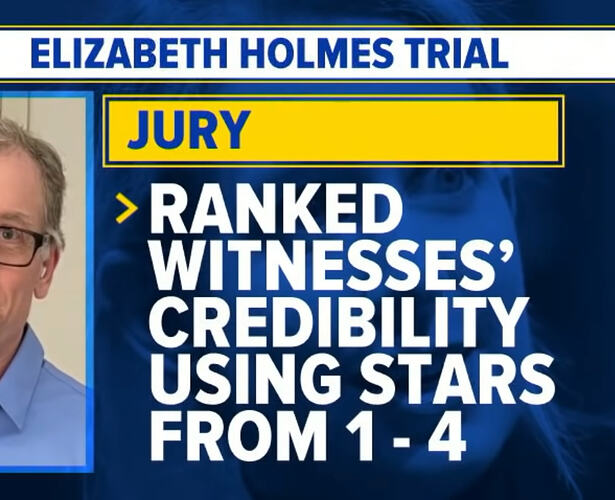 The jury explicitly used weighted factors not decisive judgments (and they got it wrong, only finding her guilty of financial stuff not medical malpractice stuff. she’s going to get a much lighter sentence than she should. there were multiple reasons for getting it wrong and epistemology is one).

From Academic Epistemology - #34 by Max (I expected a special cross-reference link to show up here when I linked to this thread, but it didn’t so I’ll quote what I wrote here)

I noticed something while reading RP’s paper the other day – an explicitly anti-yes/no and anti-paths-forward bit. I think, more broadly, it’s anti-Popper, too (including being anti-CR/CF). I thought it was notable:

It’s notable because the claim “there are a number of concepts that have equally good claim to be our concept of justification” is explicitly something that yes/no and paths forward would help resolve. More broadly, CF/CR both reject the idea that we should accept multiple contradictory ideas simultaneously (an idea that RP seems to be adducing, or attempting to, at least).

Corporations vs. the demarcation problem

Elon Musk's Twitter and the "crisis" of scientific misinformation

Lots in here about the lack of Paths Forward in the world.

This is a bunch of combining weighted factors from different dimensions. (These factors might all be assigned equal weights. I haven’t looked at the details.)

I was actually interested in what seafood to get or not get, but it’s hard to find useful information. There are a bunch of biased blog post kinda things, many of which are from people who sell seafood. Some have a content farm vibe. None that I saw had much detail or good explanations. Then I looked at this Monterey Bay Aquarium info (they’re aggressive/trendy environmentalists, which mixes together some good points and some bad points) and it’s a lot like college rankings and other refuted stuff Multi-Factor Decision Making Math

r/AskWomenOver30 - Best way to deal with a man who makes you feel...

Multiple comments advise practicing, and treating some actions like skills to work on, even though they could seem simple/easy and not necessary to practice (hence “I know it sounds stupid”). E.g.

Practice saying these things. I know it sounds stupid, but you need to get used to saying them. If you have a friend or family member who can help, practice with them doing the thing he does.