The Final Prejudice by David Deutsch (DD) was first published in the Taking Children Seriously Journal issue #18, in 1995. It criticizes society’s ageism (bias against children) using a 1992 Star Tre

My analysis is highly critical.

Also, the crew would have to adjust to taking orders from a different body and voice. They might react slower than usual, which could be dangerous.

at least with Data, the reaction time difference probably wouldn’t be problematic :) 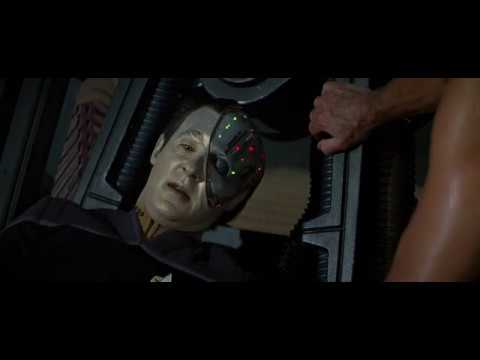 and actually Humans, Klingons, Vulcans and Romulans can inter-breed, though that doesn’t make sense to me):

There is perhaps a canonical explanation to this 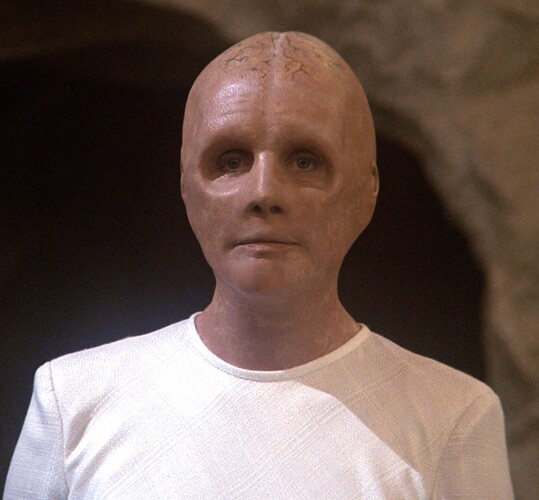 Picard tries to finish his old archaeology teacher's monumental last mission: solving a puzzle that leads Humans, Romulans, Klingons and Cardassians to the secret of life in this galaxy, revealing the origin of humanoid life. While the USS...

Does Data do all his thinking ~instantly in general? I don’t recall it that way, though I don’t remember the show very well.

I recall him being able to think/process information really quickly, at least in some cases, though they weren’t consistent about it. E.g. here he visibly hesitates at the beginning: 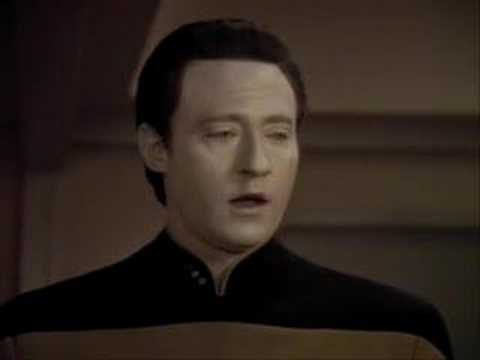 they weren’t consistent about it

It’s an attitude which too many people ought to find harder to override, not easier.

delete “too” mb? or mb i’m reading it wrong

that’s intended. “too” is a negative judgment re how many

Under SFC’s and DD’s leadership, the TCS community was surprisingly hostile to ideas with partial overlap with TCS. There was hostility to homeschoolers, unschoolers, Sudbury Valley Schools, Summerhill, Montessori, Nonviolent Communication, Gatto, Holt, Parent Effectiveness Training, and much more. Why, then, did SFC spend so much time on NAMBLA and alt.sex.intergen?

That is the attitude we have come to expect from those good people of the 24th century, to whom racism and all similar prejudices are incomprehensible historical aberrations.

i know The Original Series stuff is earlier than TNG. but this still seems relevant. From the sixth TOS Star Trek film, The Undiscovered Country :

Captain Spock: Jim, there is an historic opportunity here.

I don’t think TNG people would find the attitude of Captain Kirk to be reflective of “incomprehensible historical aberrations”.

Also later, when Picard pretends that Riker is his father and hugs him (to fool their captors), Riker finds that awkward because he does remember that it’s his captain, not a child.

I enjoyed this article!

Starfleet personnel at the time of TNG used racial slurs to describe aliens they didn’t like including the Cardassians. Miles O’Brien, who served on the Enterprise D under Picard, described them as “bloody Cardies”: 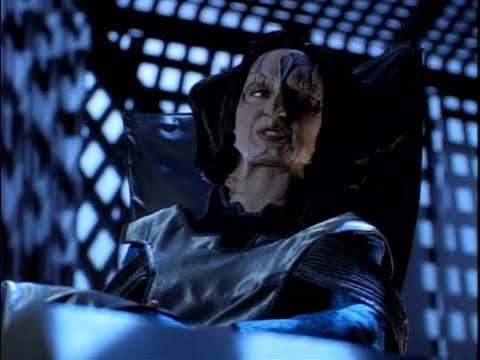 They couldn’t reasonably regard racism as a historical abberation.

Your example is better than mine; more contemporary to TNG timeline