Is animal welfare a key issue that we should work on? If so, what are productive things to do about it? This article is a fairly high level overview of some issues, which doesn’t attempt to explain

These large-scale, widespread problems causing human suffering seem more important than animal suffering. Even if you hate how factory farms treat animals, you should probably care more that a lot of humans live in terrible conditions including lacking their freedom in major ways.

Why do they seem more important than animal suffering? You might be biased on this issue because you think animals aren’t morally relevant (other than in their value to humans). An unbiased reader might not feel the same way. All factory farmed animals would probably be going through significant suffering if they could suffer in a similar capacity to humans. People with this attitude might not agree with you on how they should feel about this issue.

I think this section would make more sense later in the overview after people have had a chance to understand your explanation.

I think that human suffering and (potential) animal suffering are mainly separate issues, and you won’t often have to pick one or the other to care more about. You can replace your meat with beans and lentils without changing your position on any other issues related to human suffering. Leading by example would probably be the best form of “activism” for most regular people who don’t have large platforms to share ideas. Learning some new recipes shouldn’t take away significant time from someone’s work helping people who are lacking freedom.

Should we treat trees and 3-week-old human embryos partially or entirely like humans just in case they can suffer?

Cultures around the world have long-standing traditions relating animal suffering to morality. These traditions were created by generations of people following their intuition that causing unnecessary suffering to animals was wrong.

There are significantly fewer (if any) traditions relating tree suffering to morality. Very few people had intuitions that tree suffering was an important moral issue. Treating a tree like a rock doesn’t involve discarding any long-standing traditions. Treating animals like rocks/trees would involve discarding a long-standing tradition. That is a radical attitude which we should be cautious with. Your explanation could be wrong and the intuition of generations of people could be right.

I agree with you that humans are universal knowledge creators and use evolution in their minds to create new knowledge. I agree that farm animals cannot think creatively, form preferences, or do abstract thinking. And I agree that all those things are related to human suffering.

Suffering is an idea(s) that we have after we’ve done our interpretation of a situation. Humans necessarily use evolution in our minds to reach the idea that we are suffering because our thinking relies on evolution. But once we have the idea that our preference has been violated we don’t need to keep doing evolution in our minds. The idea that our preference has been violated is suffering. Humans can have many different preferences and many different degrees to which they can be violated, which is why suffering is a spectrum.

For example, a cow could have a predetermined set of 10 different potential ideas. The idea(s) configured in the brain at any given time could be determined by fixed/learning software and wouldn’t require creative thought. Cows wouldn’t be able to choose which idea to think, come up with new ideas, or discard old ideas. That would be consistent with there being no cow philosophers or scientists.

A (probably bad) analogy I thought of is that being a human is like playing a video game. You can control the character and interact with the game world in a meaningful way. While being a cow (with 10 preprogrammed ideas) could be like watching a movie. You see it and experience it (to the extent that you could experience things with only 10 ideas) but you have no control or ability to interact.

Cow brains and human brains are similar in their hardware, even though cow software doesn’t allow for creative thought. Humans experience ideas through a specific hardware configuration of their brain. Since cows have similar hardware it should be physically possible for their brain to also be configured in such a way that they experience an idea. Since they can’t think creatively they would have to rely on another mechanism to properly configure their brain.

This is a relevant difference between cows and trees that you ignored. Cows have a potential mechanism by which they could experience ideas (their mammal brain) whereas trees do not. There are no known explanations for how a tree could have an idea.

Cows are also different from self-driving cars in that the cars were designed and programmed by humans. We have explanations for how all the different elements of the hardware and software they contain work. We designed them with specific purposes like staying between road surface markings or stopping for pedestrians. It seems unlikely we would have accidentally given them the software to experience ideas by chance, without realizing it.

Cows on the other hand were designed by evolution, not humans. We have little understanding of how their hardware and software work together. We don’t know how a brain stores an idea. We don’t know why our genetics give us the ability to think creatively. We don’t know if genetics could configure a brain to experience a finite amount of ideas. There are many more unknowns when dealing with cows than when dealing with trees or self-driving cars.

Now, if I was designing a “cow-bot” I certainly wouldn’t try to program it using a set of predetermined ideas or experiences. That seems needlessly complex and unrealistic. I don’t know how brains store ideas (or do anything with ideas) so porting that software to my own cow-bot would be impossible. But when you don’t know how things work they can often seem needlessly complex. The idea of programming a cow-bot using predetermined emotions might seem elegantly simple if I could understand the software for how our ideas work in the first place.

I agree that it’s possible cows might be like self-driving cars. I’ve even tried to explain it to others and convince them that it’s true (or at least possibly true). But I’m not sure I can provide a decisive argument. And my intuition is still conflicted. I think I would feel really bad torturing and abusing a farm animal.

You’re welcome to be unsure, but I have studied stuff, debated and reached conclusions.

Studying and debating does not provide us with any kind of certainty that your ideas are correct. I am definitely unsure that initiating violence against billions of potentially sentient beings is a moral choice. Especially when the alternative is buying slightly different ingredients at the grocery store and learning some new recipes.

Also, we’ve been eating animals for thousands of years. It’s an old part of human life, not a risky new invention. 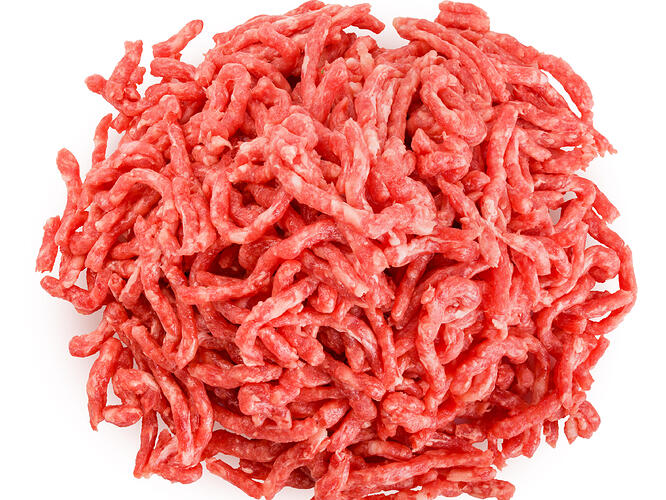 Researchers have identified a specific pattern of damaged DNA in people with colorectal cancer who ate a lot of red meat. The link between these mutational signatures and the consumption of red and processed meats further implicates diet in the...

It’s also relevant to issues like whether or not we should urgently try to push everyone to be vegan, which I think would be a harmful mistake.

Why do you think it would be a harmful mistake? Why is it better to grow plants and feed them to animals (which is usually inefficient) rather than just growing plants and eating them ourselves? Are you familiar with the idea of trophic levels?

Also, based on my personal research I found that a whole-food, plant-based diet was a healthy diet for a typical human. But that’s a topic for another post specific to nutrition.

When you say “push everyone to be vegan” which definition of veganism are you using?

While the definition has changed over time, I think a key element is avoiding cruelty to animals “as far as is possible and practicable”. That’s highly subjective but it allows for interesting scenarios to still be vegan. For example, someone in a 3rd world country might eat animal products once a week because they have no other source of calories. If it was not practicable for them to stop eating animals once a week (because they would die) I would still consider them vegan.