atrioc on YT mentioned basically that mark cuban isn’t an impressive businessman. i looked it up.

Cuban suckered Yahoo into super massively overpaying for broadcast.com during the .com bubble. the acquisition failed within 3 years. Cuban did not provide value to his biz partner (yahoo) but become a billionaire from that failure.

but also i found more:

The Unknown Founder Who Got 10% of Broadcast.com - with Chris Jaeb -...

Chris Jaeb had an idea for enabling out-of-town spots fans to hear their favorite teams' games. To make it work, he had to keep calling sports teams and persuade them to...

cuban wasn’t the founder. he bought 2% for 10k, then insisted his 2% was non-dillutable, fought with the founder for months, created a bunch of bad blood, interfered with getting other investors, and bullied the founder into giving up.

the founder agreed to keep only 10% of his company. cuban had maybe 50%, idk exactly but it couldn’t be much more than that. so cuban had 5x more than the founder, maybe less.

later when it was sold to yahoo, cuban had over 20x more than the founder. how? by continuing to fight over dilution rules instead of doing dilution evenly. the founder said in the interview that he would have had to bring in outside investment to keep his share at 10% and he went down to under 1% by not finding investors.

the founder was so bullied by Cuban, and such a gentler soul, that he just kinda didn’t care that much and wanted to get distance instead of fight. part of the deal they made, where cuban leveraged his 2% stake into taking over the company, involved the founder not having to report to Cuban, not having Cuban as his direct boss. also Cuban started denying the guy was even one of the founders at all, let alone the original founder 5 years ahead of Cuban. Cuban repeatedly under communicated, didn’t negotiate contract terms, then insisted stuff meant whatever was good for him without consent or agreement.

so many of the famous businessmen today are so awful.

i found the interview after noticing the very unequal dilution based on the numbers on wikipedia. after a couple searches, i was unable to find anything on the internet directly addressing the dilution issue and actually talking about it as something important. like no one seems to have ever written an article about it. the linked interview was the best info i found. 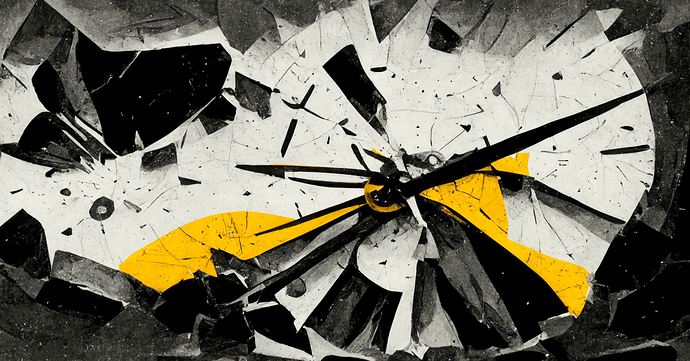 30 Minutes Or Less by @jonathanstark

It’s hard to come up with good guarantees for philosophy consulting or tutoring because people’s progress depends more on them than on me, and they may be dishonest or irrational. I do have a 30 day satisfaction guarantee for digital products.

Tutors in general teach to tests, which is easier than trying to help people actually understand stuff, and they still generally don’t offer guarantees.

Many therapists, psychiatrists and business consultants offer no guarantees and have pretty low success rates, but get hired anyway.

I can guarantee time spent (this is implied with hourly billing btw) or words written or hours of video recorded. But those aren’t the results that clients want. That’s kinda like a programmer making a guarantee about lines of code written instead of about the code working well or, better, the client getting a business outcome that they want (e.g. higher sales).

GOAL: My goal with this post is to react to something Elliot shared and talked about. I would love responses to the questions below but I personally got value just from thinking and writing a bit here.

It’s hard to come up with good guarantees for philosophy consulting or tutoring because people’s progress depends more on them than on me, and they may be dishonest or irrational.

Why is it not plausible to make some conditional guarantee based on the buyer’s demonstrable learning effort with the product? Something like if you do X, Y, and Z you should at least have result C or better. I’m guessing you have thought of a chain of reasoning with this idea and the problems that come up. What level of engagement is needed to make some measurable/objective progress for a typical person or even a significantly below average person?

Related to this, I was wondering if you would ever want to develop a sort of Khan Academy for Critical Fallibilism? (if that is even possible). What level of resources would you need to consider trying to make something like that?

I know you have talked about not wanting to write a book people because it will be so little understood. What software based learning platforms have you seen that appear to have potential? You have shared some articles by one of the contributors to the quantum country website before. Do you think something like that has potential?

You have shared some articles by one of the contributors to the quantum country website before.

Actually only one article that I can remember.

Why is it not plausible to make some conditional guarantee based on the buyer’s demonstrable learning effort with the product? Something like if you do X, Y, and Z you should at least have result C or better. I’m guessing you have thought of a chain of reasoning with this idea and the problems that come up. What level of engagement is needed to make some measurable/objective progress for a typical person or even a significantly below average person?

Do you have a specific example that you think would work?

What software based learning platforms have you seen that appear to have potential?

I make articles and videos because I think those are good formats. I don’t think something else is better. Most philosophy stuff isn’t very visual. Books are fine too. The writing on the CF site is book length already.

META-ISSUE: I don’t think this post is a good response but I think it’s not far off the best that I can do for a casual response with some degree of thoughtfulness. Also, not sure how well, or how much better, I could do if I was working on this response like it was my job.

Do you have a specific example that you think would work?

I don’t have an example of a guarantee that I think would would work. Philosophy seems so open-ended that’s it hard to think of a meaningful guarantee. The point of Stark’s article seemed to be that people can try making extremely limited guarantees that are somewhat meaningful.

I guess I just felt like there should be some level at which something could be guaranteed. Like, if someone memorized your top 50 articles and could give close to verbatim answers to the top 100 FAQs about CF, then that would indicate that they at least understand the basics of CF. That’s not a guarantee though because it’s not specific.

Trying to think of guarantees kept leading me to try and come up with tests/diagnostics of philosophy knowledge. That’s what made me start to think of learning platforms for Critical Fallibilism. I have found tests with answers keys to be pretty good for learning. Step-by-step solutions are even better. Immediate interactive response to input seems even better than that. I think you too, have talked about some of that being good.

In addition, I guess I was wondering if there was maybe a negative guarantee, like if you do these 50 things and have not achieved X, Y, or Z, then you are not making progress. Maybe in those cases someone should focus on conventional self-improvement, work, family, friends, and other normal stuff for the next 2 years before trying again or something like that?

Philosophy is about creativity a lot, which clashes with guarantees, worksheets, tests, answer keys, etc. Some skills which build towards philosophy, like making paragraph trees, are less creative, so there’s more consistency and agreement for the answers that different people come up with. 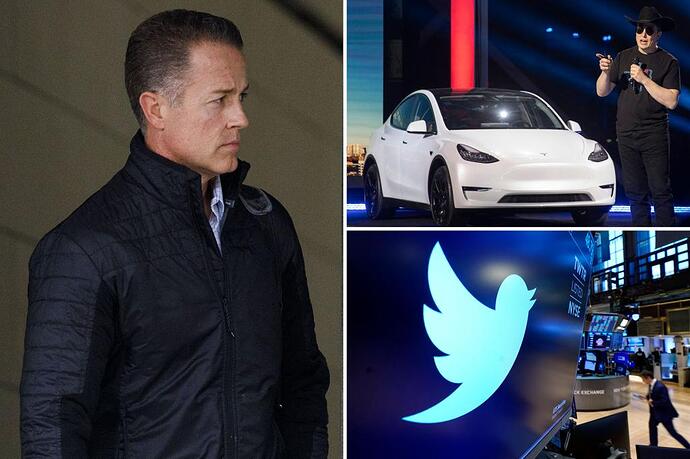 Elon Musk has a ‘fixer’ who is point man for Twitter takeover: report

Elon Musk has a “fixer” who, among other jobs, has helped engineer his $44 billion takeover bid of Twitter, according to a report. Jared Birchall, 47, is considered the right hand of th…

I have not researched what’s true, but the basic story claimed here is:

Musk pays Jared Birchall between 1 and 3 million dollars per year. In return, Birchall actually gets stuff done. Musk doesn’t know how to do things; he cheaply hired someone who does.

In other words, Birchall acts as Dagny Taggart to Musk’s James Taggart role. If so, he’s massively underpaid and also shouldn’t do it at all.

But who knows. Maybe Birchall is a shitty leech himself who just socializes with people and then gets underlings to do the real work but takes the credit. I do generally question the competence of whoever is on Musk’s team since the overall result with the Twitter acquisition, and various other projects, has been so bad. But Taggart Transcontinental got a bunch of bad results that weren’t Dagny’s fault. An underpaid competent person could help explain what’s going on with Musk getting so rich despite being so awful.