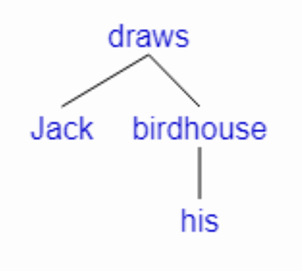 They build it together.
‘Together’ is an adverb modifying ‘build’. How did ‘they build it’? ‘together’.
[build [They] [together] [it]] 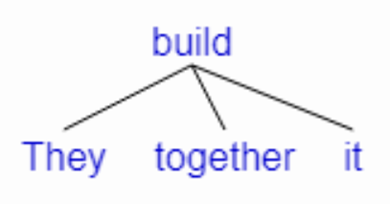 I’m not confident about this one. 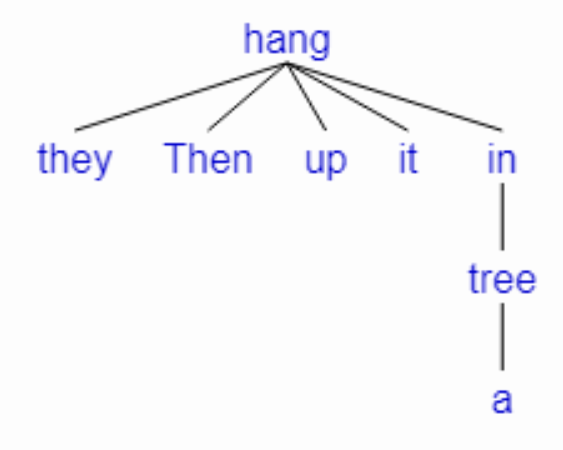 My first guess was “in a tree” tells us where “up” is rather than directly telling us where the hanging happens. It seems kinda ambiguous and contextual though. I can see it working both ways.

For child order, I put modifiers last so the object (or complement) has a consistent position (second).

It kind of intuitively sounds better that ‘in a tree’ tells you where ‘it’ is hanging but I can’t say definitively why.

Is there any ambiguity with ‘then’? Could ‘then’ be modifying the whole sentence? Is that an important distinction?

By meaning not grammar. Compare with:

A prepositional phrase in that position can modify the verb’s object.

But for “Then they hang it up in a tree.” if you meant “Then they hang up the one that is (already) in a tree” you’d word it differently to get that meaning across, like I just did. Or like, awkwardly, “Then they hang the in-a-tree it up”. Otherwise there’s no way to tell that “in a tree” is meant to tell us which “it” rather than where the hanging or up is.

Your intuition can answer a lot of questions like this for you. If it doesn’t tell you right away, you can try asking it more questions. Ask about related or similar sentences, simpler versions, versions where your intuition gives a different answer (like my man and building example), etc. Quizzing your intuition in a bunch of different ways can draw more information out of it and give you more confidence about what it says and what the boundaries are for when it will instead say something different.

Is there any ambiguity with ‘then’? Could ‘then’ be modifying the whole sentence? Is that an important distinction?

Does the problem with ‘in a tree’ modifying ‘it’ have to do with ‘it’ being a pronoun? As I was just thinking about this it seems like adjective prepositions tell you which one of something. As in, they specify that it was the ‘man in the tree’ or the ‘squirrel in the tree’. With a pronoun you have already referenced which one you are talking about so it doesn’t make sense add a qualifying adjective.

Base on your reply, I think I could try using a procedure like the one below, to match modifiers with things-being-modified (is there a word for this?):

to match modifiers with things-being-modified (is there a word for this?): 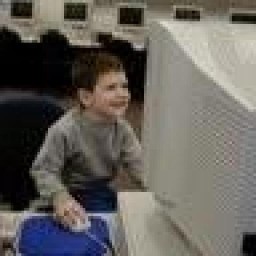 Word for something that is modified

Thank you for finding this.

I like the word modificand that is linked to in the first reply there: 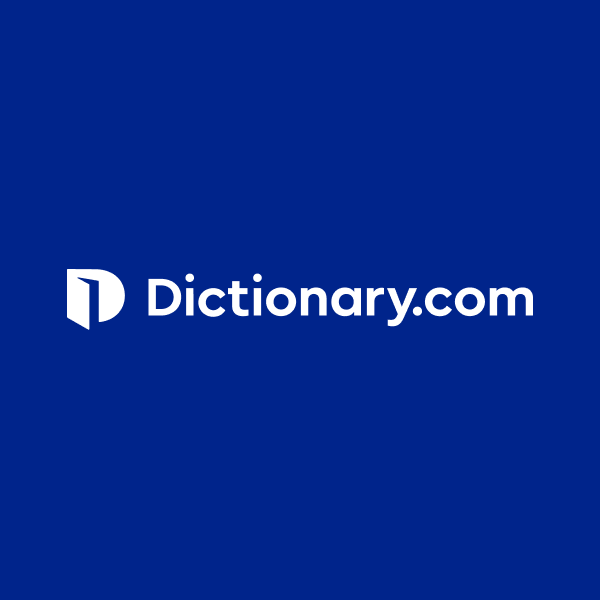 Modificand definition, a word that is modified, or qualified, by another. In red books,books is a modificand. See more.

I thought ‘target’ also seemed pretty good. Its a way more normal word than modificand. ‘Target’ sounds like something that is receiving modification but might also be unclear in usage. 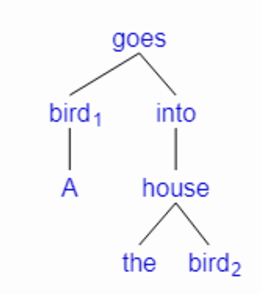 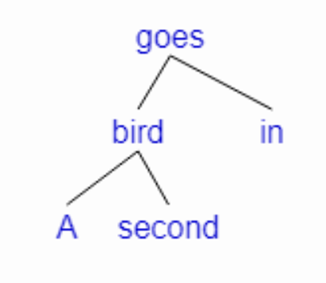 I had to look stuff up about ‘a’ as a determiner for this one. I kind of think that ‘a’ could be an adverb modifying ‘second’. It’s a bit hard to tell for me. This took like 10 minutes.

Jack and his mom look at each other.

The prepositional phrase ‘at each other’ is an adverb that modifies ‘look’. It tells you where they look. ‘Each’ is an adjective/determiner modifying ‘other’.

Subject: ‘Jack and his mom’.

‘And’ is a conjunction joining the two parts of the compound subject.

‘His’ is a determiner/adjective that modifies ‘mom’. It tells you which mom Jack is looking with. 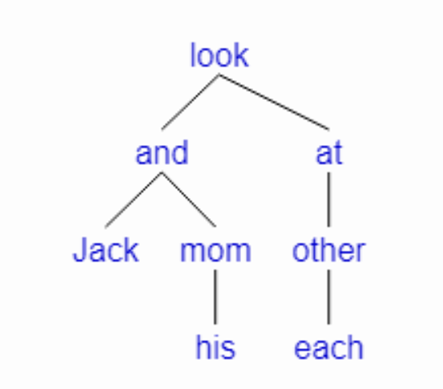 They need a bigger birdhouse!
[need [They] [birdhouse [a] [bigger]]]

Looks like you’re generally getting these correct but aren’t enthusiastic about doing dozens of them. Maybe you’d find my grammar videos on the CF channel more fun to go through, even if you can’t do all the analysis yourself before seeing solutions. (Maybe put a time limit like 30min each, for the hard sentences, for trying to do them yourself unless you really want to go longer and you’re actively making progress).

“To read” is an infinitive that functions as the object of “like”.

“Books” is the object of the non-finite verb “to read”.

“Comic” is an adjective that modifies “books”. 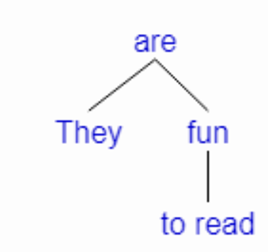 “To read” is an adjective that modifies “fun”. It tells you the way in which “they” are “fun”. It qualifies “fun” by restricting the aspect in which they are fun. Being “fun to read” is only one way something could be fun and it doesn’t say they are fun in general.

They make me smile.

“Smile” is a bare infinitive, that functions as an adjective modifying “me”. 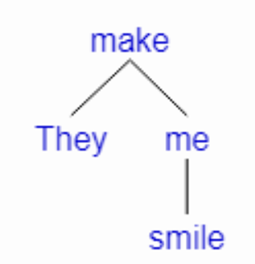 The infinitive “smile” is the object of “make”. 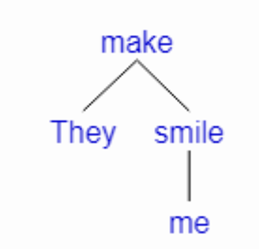 I was made to smile.

They forced me to smile.

What, conceptually, does an object mean? What would “me” being the object of “smile” mean?

“In the morning” is a prepositional phrase that functions as an adverb, modifying “read”. 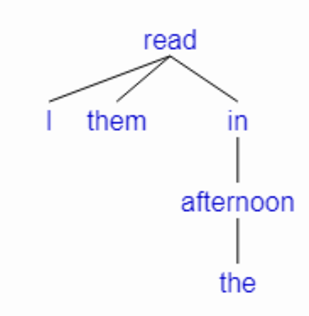 “At night” is a prepositional phrase that modifies the verb “read”.

“Even” is an adverb that modifies “read”.
“When” is a subordinating conjunction. It says they read when they camp, not that they camp when they read.

What part of speech do you think “great” is?

I just went back and re-read the part of ET’s grammar article that talks about objects and complements. An object is a noun that is receiving the action of an action verb.

The sentence “They make me”, it sounds like it’s saying that “me” was created(built/made/constructed) by “they”. So, adding “smile” seems to change the meaning of “make” in this sentence. That would indicate that “smile” is an adverb that modifies “make”. It tells you what “they make” happen to “me”.

Brainstorm sentence 2:
They make me throw a ball.
Subject: They.
Action verb: make.
Object: me.
Non-finite verb: throw.
Non-finite verb object: ball.
“A” modifies “ball” (determiner).
In this sentence it looks clearer to me that “ball” is receiving the action of throwing.

Home is a special case. Don’t use it in examples. Note how you can’t replace it with library.

Me is the subject of smile and smile is the object of make.

In general, if it seems like the make or other verb applies to the whole group, that can work by it applying to the nonfinite verb which then governs a subject and or object.