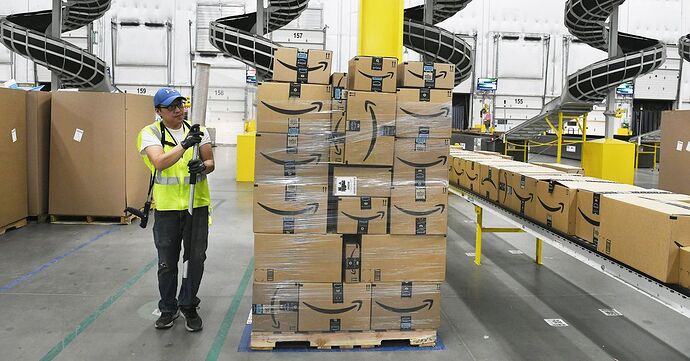 Unions might not be the tech giant’s biggest labor threat.

In the past, that churn wasn’t a problem for Amazon — it was even desirable at some points. Amazon founder and former CEO Jeff Bezos saw his warehouse workforce as necessary but replaceable, and feared that workers who remained at the company too long would turn complacent or, worse, disgruntled

They did some of it on purpose!

Why America Will Lose Semiconductors

I think all those libertarian types who praise Bezos, defend Amazon, etc (and do similar for various other big companies) should spend some time on Reddit reading the workers talking about their jobs, how they’re treated, how dumb management is, etc.

Example thread (there are many more on the same subreddit):

r/AmazonWFShoppers - What did you decide? And why? 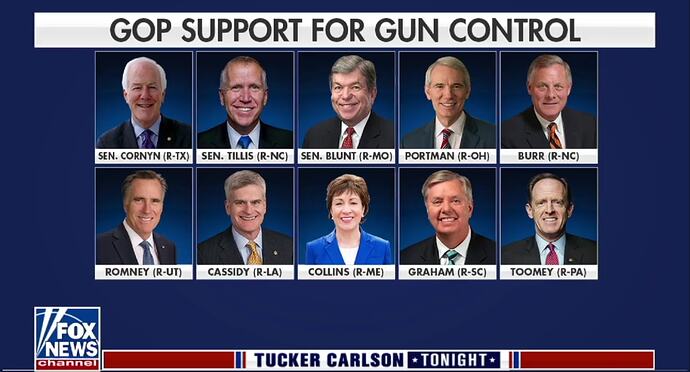 On the Inevitable Use of Tyrannical Tools

libertarian arguments against Red Flag gun control laws. i haven’t been following the debate or news about this in general.

So I read the Twitter thread and I was like “that’s really awful but also seems believable”.

And I checked the thing about Amazon selling stuff used for suicide and that’s a real, ongoing complaint against them.

So I started reading her book: 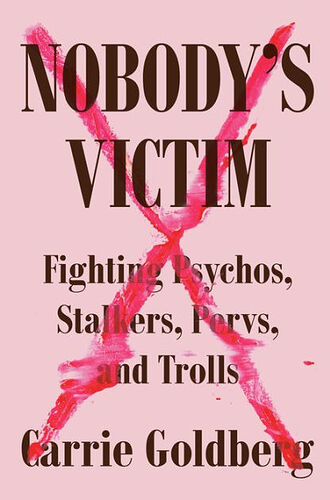 Nobody's Victim is an unflinching look at a hidden world most people don’t know exists—one of stalking, blackmail, and sexual violence, online and off—and the incredible story of how one lawyer, determined to fight back, turned her own hell into...

And I read a few chapters and the book was pretty decent – it was similar to the tweet thread but with more detail.

It has a specific writing style I associate with best sellers and possible ghost writing. I don’t like it but it’s alright. The style is a bit bland although there is profanity mixed in which doesn’t really substantively change the style. In general there’s a lack of adequate depth which is not fixed by having a bunch of endnotes, but that’s just how tons of books are, not anything particularly bad about this one.

I thought the book had some problems with tribalism and that I should do some fact checking. I did a quick google search and read the negative amazon reviews and I didn’t find anything saying the stories in the book are fabricated or anything worrying. I think they’re just exaggerated a bit here and there but mostly accurate.

She portrays herself as a fighter on the side of justice but never really considers the motives of her opponents and what they think is good about what they’re doing. She just kinda portrays them as pointlessly nasty without even e.g. pointing out incentives in the system, made by more powerful people higher in the hierarchy, that are causing some of the bad behaviors from lower level people she encountered.

So I had a lot of sympathy with her complaints about cops and school administrators and how they deal with harassers and dangerous ex boyfriends.

And then I got to chapter 7 (of 9) and she started talking about gamer gate.

And it was really, really bad.

In 2013, web game developer Zoë Quinn became the target in a highly public online mob assault known as Gamergate after her ex-boyfriend wrote a ten-thousand-word blog post accusing Zoë of sleeping with a journalist in a quid pro quo arrangement for a favorable review for her latest game. The review in question didn’t even exist, yet Zoë became a lightning rod—a symbol in the minds of misogynist bro-trolls of what the gaming industry might become if women had their way. Or something. Who knows what got these mouth-breathers all worked up. None of them offered a reason for attacking Zoë. Their rage seemed to be fueled by nothing but bitterness and hate.

This is flat out lying. And it’s not an accident. She’s talking about bitterness and hate while having no self-awareness about how it’s what she’s writing.

I didn’t pay close attention to gamer gate stuff and don’t recall the details well offhand. But one thing I do know is that the other side gave lengthy reasons. “None of them offered a reason for attacking Zoë.”? No way. I’ve seen some long videos with a bunch of arguments and reasoning in them.

The author is not only completely refusing to engage with any of the arguments the other side has made, she’s trying to erase them out of the narrative.

The harassment and death threats Quinn got were nasty. I do believe that happened and was bad. But there were in fact reasons people disliked her.

Another writer, my friend and inspiration Anita Sarkeesian

I don’t approve of the death threats against Sarkeesian either but she’s a bad person.

The book author is a social climber who joined and allied with a particular group. She has no sympathy for the people she sees as the out-group, insults as “mouth-breathers”, and denies have reasons for what they think or do (even when those reasons are explained at length in public).

The author doesn’t direct any critical scrutiny towards her own side and her allies.

On 8chan, an online message board notorious for attracting users who advocate violence against women, Thompson posted Francesca’s photo and home and work addresses and urged 8chan users to harass her. He claimed Francesca was best friends with Zoë Quinn, the woman at the center of Gamergate and a favorite target of 8chan trolls. I call this tactic “harassment by proxy.” With a few clicks on his keyboard, Thompson recruited hundreds of foot soldiers to join in his attack.

Later in the same chapter she cheers on one of her enemies being harassed in basically the same way – doxxed by Gawker, fired from his job, and then no doubt threatened and harassed by hundreds of foot soldiers recruited to join the attack. Even if he’d committed a crime, that kind of vigilante justice would be very problematic. But he hadn’t even committed a crime. He was just an asshole from a rival political group.

She seems to have no awareness of double standards. She simply failed to mention the harassment and death threats her enemy would also have gotten in a similar way to Quinn getting them.

In 2012, journalist Adrian Chen, reporting for Gawker, a now-defunct celebrity gossip and news site, uncovered the true identity of Violentacrez, one of the most notorious trolls on Reddit. Violentacrez was responsible for creating and moderating four hundred subreddits, many of them staggeringly offensive, including /r/chokeabitch, /r/niggerjail bait, /r/picsofdeadkids, and /r/jewmerica. He was also the mastermind behind /r/jailbait, which was basically a photo-share for pedophiles. For a time, “jailbait” was the second most frequently used search term, after “Reddit,” bringing traffic to the site. In addition to his moderating duties, Violentacrez was also notorious for posting racist, violent, and dehumanizing images, as he did when he posted a photograph of a woman who’d been brutally beaten on the subreddit /r/beatingwomen. Offline, Chen discovered, Violentacrez led a very different existence.

It’s really fucked up that Reddit got so much traffic for jailbait material. But, in my understanding, the reason it was available for years at Reddit is that Violentacrez and others removed the illegal stuff. This paragraph does not actually accuse him of breaking a law.

Violentacrez’s real name is Michael Brutsch. He’s a husband, father, and cat lover from Arlington, Texas. When Chen contacted Brutsch, who at the time worked as a programmer for a financial firm, Brutsch defended his actions with little more than a shrug: “I do my job, go home, watch TV, and go on the internet. I just like riling people up in my spare time.” But when Chen told Brutsch he intended to reveal his identity on Gawker, Brutsch pleaded with the reporter to reconsider. “My wife is disabled,” he implored. “I got a home and a mortgage, and if this hits the fan, I believe this will affect negatively on my employment.” Brutsch was right. Less than twenty-four hours after the story went live, he was fired. Offline, being a world-class dick has consequences.

The book anonymizes lots of people but purposefully gives this man’s name, even though he was already a doxxing victim, because he’s an enemy.

More importantly, there’s just no sympathy at all for the harassment this man suffered, the vigilante mob “justice”. The death threats and other nasty “harassment by proxy” things that would have happened next are simply erased from this narrative to instead end with celebrating what happened. This is the kind of passage that, itself, can trigger severe harassment by proxy.

This is a book which talks about a bunch of rapists and physical abusers (and the people in power who enable them), and then it lumps the opposing faction in the gamer gate debate in with them, acting like they’re just as bad as rapists and should be bullied and harassed for it. This from an anti-harassment book and a lawyer who’s all about standing up for victims!? 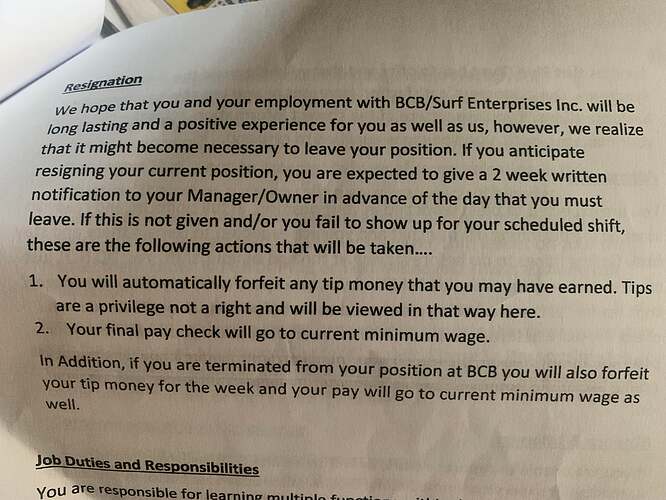 The government and elites make it so hard to start a business and comply with laws.

One of the results is you get a lot of people as small business owners who are willing to just not comply with the laws. All the red tape discourages people with more rule-following attitudes, so you get higher proportions of rule breakers.

Also, once you’re breaking a dozen laws, you might as well break some more? It may not add much risk of being punished. I think a lot of people think that way at least. Even knowingly breaking one law means you’ve crossed a line and may care less about breaking others. And getting in the habit of breaking a bunch of laws, even dumb ones that you know are dumb, can lead to being more careless with laws and breaking some good laws.

more information including some quotes from the judge: Killing of Latasha Harlins - Wikipedia