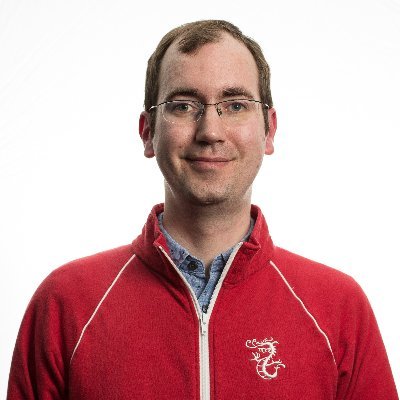 @patio11
I am puzzled when folks tell me that stablecoins are the future for non-crypto use cases, and they seem to be puzzled, too, because they don't seem to want to disaggregate slow databases, bearer instruments, reconfigured trust graphs, and regulatory arbitrage.

This thread uses crypto as an example but the issues are relevant to lots of other things including the CritRat harassment – they have not given colorable arguments about their innocence or any of it.

Colorable argument = plausible argument. I knew that offhand but also web searched it and it apparently comes from the legal profession. Roughly, a colorable argument is one the judge won’t get mad at you for making – it’s reasonable enough and has a chance of being right, so it isn’t a waste of time. It’s the minimum bar for that. If your argument is worse than that, you could annoy the judge or worse, and it’s going to hurt your case.

I agree with patio11 about crypto people providing a lack of colorable arguments.

I think that’s a common problem with many things, including especially most bad things.

Colorable or plausible arguments are a concept similar to trying to have some minimum standards for objectively claiming you won a debate. Which I wrote about: Curiosity – Claiming You Objectively Won A Debate

To make any kind of reasonable claim to have won a debate, you need to write down an argument, and say “ok i think that argument won that debate” and point at it. And the argument needs to at least be plausible/colorable. And on top of that you need to say why you think that it was conclusive and ends the debate (which is a higher bar than just having made a reasonable argument). You need a colorable argument for the the issue and also a colorable argument for why the first one was debate-winning. To objectively claim you won a debate, you need two arguments minimum, and you need to specifically write both down and clearly identify what they are (not say “i argued this above, mixed in btwn 7 posts”. be specific. quote where you already argued it or write it down again in a self-contained way).

and then gave a specific example too. i like the type/format/category/structure of argument kinda info. you should have some thoughts on some issues that you can colorable claim are high quality. similarly if you’re going to reject Objectivism, you should have some thoughts on e.g. second-handedness, that you claim are high quality, and that you can make some colorable arguments about (and that you or someone else already did write down some colorable arguments about that you’ve already read and can link/cite).