Reading between the lines in a news article

Noticed this in a political article: 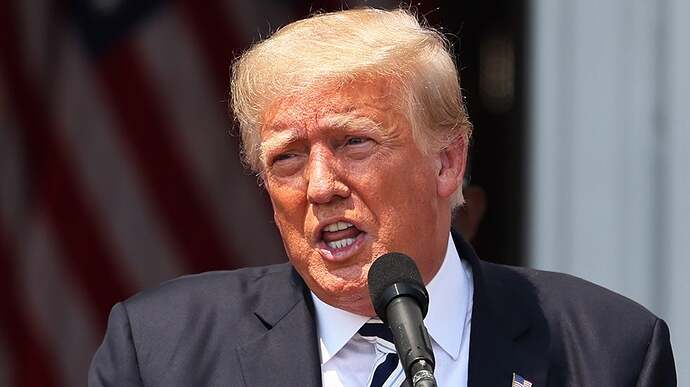 Former President Trump claimed on Wednesday that there was “no reason” for a rioter to be shot during the Jan.

Trump also said there were no guns in the Capitol.

A number of people have been charged with bringing firearms to the protests in Washington, D.C., on Jan. 6. While no guns were recovered at the Capitol, authorities were focused on clearing the building after it was overrun,and not on taking weapons from people.

Trump didn’t say that nobody brought guns to any protests in DC. He said there were no guns at the Capitol, specifically, which is a specific building in DC. The author is trying to “debunk” Trump here (note the article’s title) but isn’t engaging with what Trump actually said. The author suggests that maybe there were guns on people and they weren’t caught because the cops were trying to clear everybody out.

Maybe, but how many people had weapons at the protests? This mainstream article, which is coming from a biased perspective, says that “The U.S. Department of Justice has levied gun charges against two men law enforcement officials say were at the Capitol riot and a third who arrived too late.” Note that this article seems to be defining “Capitol riot” in an unreasonably broad way. I didn’t see any clear indication that the people charged were present with weapons at the actual main riot that I think Trump was referring to. Regardless, two people out of a bunch doesn’t exactly paint a picture of a bunch of armed people running around where you can just assume that some of the people in the Capitol must have been armed, which is what the author of TheHill piece wants us to infer.