Counterfeit Capitalism: Why a Monopolized Economy Leads to Inflation and...

From railroads to plastic bags to semiconductors to ice cream, Wall Street and monopolists are creating shortages and exploiting them.

Then there is the dynamic of bank run-like panics, which induce shortages by drawing down inventories. One home builder wrote me about shortages in his industry, noting that a lack of supplies “are, predictably creating further shortages, reminiscent of the toilet paper shortages in 2020: once someone finds black pipe or whatever, they buy way more than needed since they might not find it again. I’m as guilty as anyone; I have 50 stoves sitting in a storage unit since I’ll need them at some point. Meanwhile, a 54 unit project is in suspended animation while I wait for the Packaged Terminal Air Conditioners that won’t be in until next year.”

The article also talked about various shortages, particularly related to COVID, and linked to https://reddit.com/r/shortages

The newsletter, btw, has a left wing economic perspective but I find it’s often OK.

There are some harsh comments on Matt Stoller at https://www.reddit.com/r/Shortages/comments/pl7ucn/matt_stoller_on_shortages/

I’ve lived in Washington, D.C. for fifteen years, and one of the many unacknowledged changes has been the disappearance of taxis. While the city has good public transportation, you could jump into a taxi for a reasonably priced convenient ride around commercial areas. Around 2012, Uber and Lyft came into the market, and for the next seven years, it got even better, with cheaper Uber fares within minutes. At the time, everyone knew that Uber, and its tech economy cousins, were heavily subsidized by investors, with Uber losing up to $1 million a week. But the cheap rides were too good a deal to pass up.

It couldn’t last forever, and it didn’t. Slowly, cabs, under pressure from ride shares, disappeared. Taxis had been a reasonable business in D.C., and the drivers had middle class lifestyles, but there was a tipping point, and the industry collapsed. Similarly, driving for Uber, once a reasonable side job, became worse as the firm cut the amount paid to drivers. Now, cabs are mostly gone. And today, ride shares are often a ten to twenty minute wait, and more expensive. It’s not just a D.C. problem; nationally, Uber/Lyft prices up 92% over the last year and a half. And at least in Washington, cabs, though they could now go back to their previous pricing, have not returned. In other words, there is both inflation, and in some ways, a shortage of taxi services.

if there is high demand for taxi services and prices are way up, why isn’t capital coming in to the taxi market to take advantage of the profit potential?

Teachers quitting partly due to not enough other teachers so working conditions are worse.

Teachers quitting partly due to not enough other teachers so working conditions are worse.

if that price increase were to happen, it seems like a big enough price jump on an important enough thing that it might contribute meaningfully to political unrest

For one thing, it’s not literally all groceries that will increase that much.

For another thing, I think people are bad at keeping track of costs and actually don’t notice a lot of increases. Groceries already fluctuate a lot, and 30-40% isn’t actually that noticeable of a change in a lot of cases. E.g., lots of people won’t notice $3.45 to $4.83, which is 40%. As an example, Instacart marks things up, and a lot of people do not notice and only figure it out if the shopper accidentally leaves the receipt in the bag, so they can see what the actual grocery store prices are compared to what they paid.

Another issue is that lots of grocery stores keep their normal prices fairly high, and then routinely run lots of sales. So one way to increase prices without people really noticing that much is to just run fewer sales, or run sales that aren’t as good. Or maybe increase the prices, but run more sales so that it looks like you are saving a lot, when you are actually paying more. (I don’t know which of these works better on people, but my vague understanding is that marketing research does exist about this.) The fact that grocery stores already routinely do stuff like this also obfuscates what the prices of things are “supposed to” be, which makes it harder for people to notice price increases.

And another thing is that brands will do other things besides just increase prices: the will make smaller packages (this has already been happening for a while), or they will decrease the quality/cost of the ingredients (like using less veggies & meat and more rice or pasta in a frozen meal). They can also do things like decrease the quality of the packaging, e.g., removing the ziplock closures in bags. So even if the price of some or all of the ingredients have gone up 30-40%, that doesn’t meant that the cost of the food you buy needs to go up that much.

Most people are bad enough at budgeting that they actually won’t notice how much their overall grocery store costs go up. And if the prices of food do go up a lot, they might just buy less without even noticing they are buying less. (Most people throw out a lot of food, so they have room to buy less without actually having to eat less.) People make a lot of decisions on a case-by-case basis, without really noticing overall trends, so they could easily just more often decide some things are too expensive, not buy them, and not end up seeing 30-40% increases in their grocery spending even if all the food in the grocery store did go up that much (which I don’t think it will).

I remember when McDoubles cost $1. Now they cost $2.69. People don’t seem to care much. Maybe because it disproportionately affects the poorer (and blue collar?) people who eat at McDonalds more (and actually order off the value menu).

I think a lot of people will worry about food prices or shortages when they’re hungry and it won’t be very real to them before they miss a meal. Food being an actual problem is kinda unimaginable to a lot of (privileged) people.

“And besides . . . It’s preposterous that I should have to think of it, but what am I going to live on? The little money I had of my own is worth nothing nowadays. It’s mainly stock in factories of my father’s time, that have closed long ago. What am I going to do?”

“But, Lillian,” he said softly, “I thought you had no concern for money or for any material rewards.”

“You don’t understand! I’m not talking about money—I’m talking about poverty! Real, stinking, hall-bedroom poverty! That’s out of bounds for any civilized person! I—I too have to worry about food and rent?”

That evening, dining with Wesley Mouch in his own suite, Mr. Thompson glared angrily at a glass of tomato juice placed before him. “What? No grapefruit juice?” he snapped; his doctor had prescribed grapefruit juice as protection against an epidemic of colds.

“No grapefruit juice,” said the waiter, with an odd kind of emphasis.

“Fact is,” said Mouch bleakly, “that a gang of raiders attacked a train at the Taggart Bridge on the Mississippi. They blew up the track and damaged the bridge. Nothing serious. It’s being repaired—but all traffic is held up and the trains from Arizona [where grapefruit was being produced] can’t get through.” 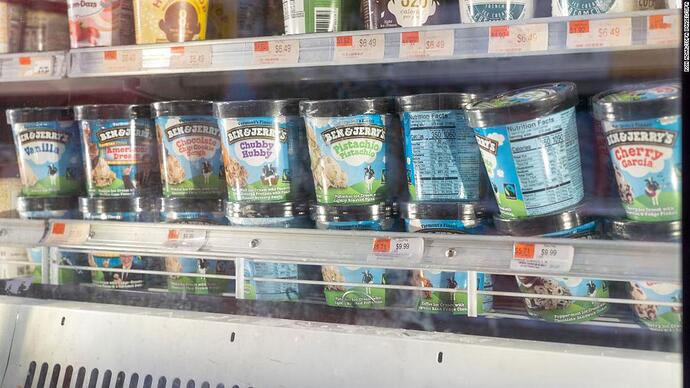 Grocery store shelves aren't going back to normal this year

If you hoped grocery stores this fall and winter would look like they did in the Before Times, with limitless options stretching out before you in the snack, drink, candy and frozen foods aisles, get ready for some disappointing news. 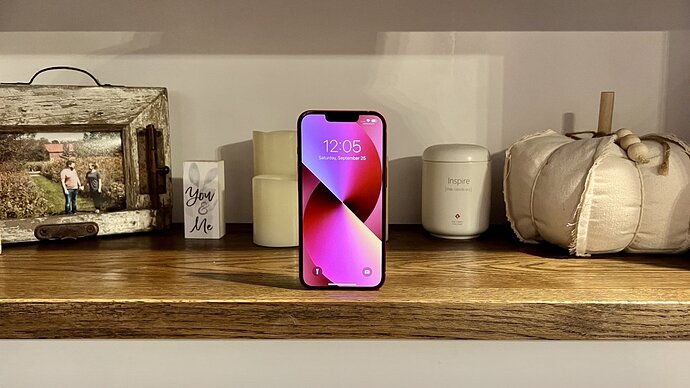 A new report claims that Apple is cutting iPhone 13 production targets because some of its ancillary suppliers are having trouble meeting production quotas. 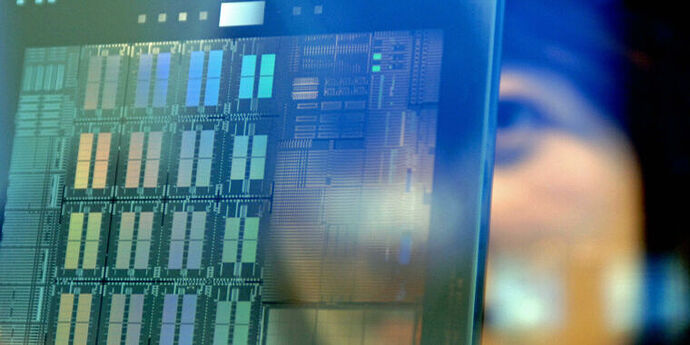 Article has various claims for what’s causing chip shortage problems (e.g. factory fires, lack of sufficient trained talent, ongoing high demand, expense of factories, power and covid-related shutdowns, companies stocking up extra in order to not have shortages). One claim jumped out at me:

Recently, substrates that make up printed circuit boards have become scarce. Compared with advanced semiconductors, PCBs are relatively low-margin and easy to manufacture. Most chip companies don’t make their own, but without PCBs, semiconductors can’t talk to other chips in a computer. The companies that do make the boards don’t make a lot of profit that they can reinvest in expanding production.

I can see not making a lot of profit being the prevailing situation in normal times for an easy-to-manufacture commodity type of item. But if the lack of PCBs is contributing to the overall chip shortage, that would indicate that it’s no longer easy to manufacture PCBs in the quantities needed to keep up with demand. That circumstance would indicate an opportunity to raise prices on PCBs (in order to better adjust the quantity demanded to the supply available), and the raised prices would provide the profits which could be reinvested into expanded production.

It’s possible that there are ongoing long-term contracts which are locking prices in for some time and preventing the prices on PCBs for adjusting. If the chip companies are actually losing potential sales due to a lack of PCBs, though, I think they’d have some incentive to renegotiate those contracts with their PCB suppliers, rather than just taking however many PCBs they can get at the lower price for who knows how long.

There’s also the issue of other potential parties who weren’t previously involved in the manufacture of PCBs coming into the market, which should be particularly easy for an easier-to-manufacture item in high demand.

There is an ongoing issue of risk and not knowing how long the current situation is going to last, which they bring up in the context of semiconductor fabrication plants and which could be affecting other stuff like PCBs.

No need to renegotiate. E.g. Apple often does partnerships with businesses in their supply chain. If your suppliers need money to expand, you can loan it to them or invest in a new factory and have an ownership share.