Here’s another example of fraud that wasn’t caught for a long time. A physicist called Jan Hendrik Schon was writing papers about experiments to test high temperature superconductors, but he was falsifying data: I watched all 3 parts. The video creator doesn’t seem to know that he said science (in our society today) is bad, not just Schon is bad. What he said happened is really bad regarding academia, journals, what the scientific community is like, and what most individual scientists are like. It’s a big social hierarchy that operates a lot on gossip, reputation and office politics. They are playing status games and it’s making the actual science much worse.

It’s sad that the world is so bad. And I don’t think any of the other sciences are much better than physics.

They really, really need Paths Forward and better ways to get concerns answered short of fraud accusations but more serious than just privately asking Schon about issues and being stalled or lied to for months.

There is a new Hulu tv series about Theranos / Holmes. Haven’t watched it. 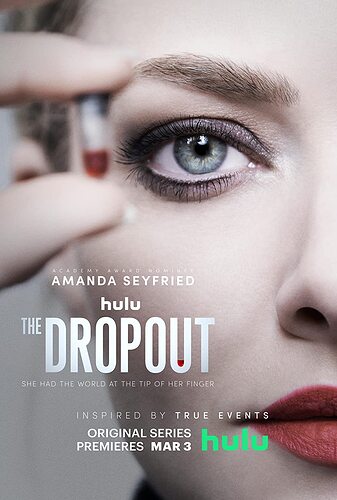