US govt handing out tons of money for not working

One of many concretizations of what paying people not to work is/means/does:

Here is another one. 350,000 pounds of wasted asparagus because they couldn’t get people to pick it:

He ended up just allowing people to come out and pick the asparagus for themselves for free:

I was speaking with someone about this recently and they said the extra unemployment benefits are especially great as a part time worker. If you were working 15-20 hours a week near minimum wage you’re only making around 200 bucks a week. On unemployment you get your standard amount + the extra 300 dollars per week due to COVID. At that point why would you want to go back to work?

I asked them if they had to apply for jobs to remain on unemployment. He said he has to log into an online job portal where they have thousands of jobs posted. His “trick” is that he only applies to jobs which he was highly underqualified for such as CEO or CIO of a company. He never gets the job but gets to stay on unemployment because he’s actively applying.

I asked them if they had to apply for jobs to remain on unemployment. He said he has to log into an online job portal where they have thousands of jobs posted. His “trick” is that he only applies to jobs which he was highly underqualified for such as CEO or CIO of a company. He never gets the job but gets to stay on unemployment because he’s actively applying.

Only applying for C-suite positions is pretty dumb for someone in his position. That’s begging for an audit. You’re supposed to look for jobs for which you’re “reasonably qualified”. If his job search were to be audited, he might have to pay back his benefits. I think lots of unemployment offices lack the capacity to do effective auditing for every case where it’s warranted, though.

BTW since covid, some places have actually waived the job search requirement and not reinstituted it yet.

Some of the unemployment money was stolen: 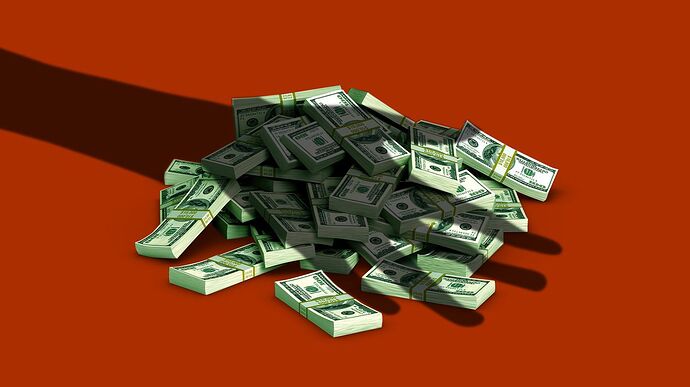 Half of the pandemic's unemployment money may have been stolen

Much of the money has probably left the country.

So the people who are working are supporting not just the unemployed but also a load of criminals that the government couldn’t be bothered to check for.

I find it extremely plausible that the government lost large amounts of money to fraudsters. That said, I don’t think that article lays out a basis for determining the magnitude of the fraud.

By the numbers: Blake Hall, CEO of ID.me, a service that tries to prevent this kind of fraud, tells Axios that America has lost more than $400 billion to fraudulent claims. As much as 50% of all unemployment monies might have been stolen, he says.

There is no link to any kind of analysis so the article provides no basis for judging the methodology of the estimates provided. And while I don’t think it’s the case that people involved in the anti-fraud industry would try to exaggerate the threat, I would like to be able to judge their methodology for myself.

Before the pandemic, unemployment claims were relatively rare, and generally lasted for such short amounts of time that international criminal syndicates didn’t view them as a lucrative target.

Unemployment claims were not any kind of “rare” before the pandemic and you could get benefits for half a year, which is absurd to characterize as “such short amounts of time” imho. There were fewer claims and the payouts were lower, so there is more incentive now than pre-pandemic to engage in fraud, but this writing is just wrong. And fraud happened e.g. here’s an article about 900k in fraudulent payouts from 2019: Fourth Defendant in Unemployment Benefits Fraud Scheme Sentenced to over Four Years in Prison | USAO-EDCA | Department of Justice

Anyways the article strikes me as poorly-researched/poorly-written clickbait, and I’m someone who is pre-disposed towards thinking there’s a serious fraud problem with current govt payouts…

I don’t think it’s the case that people involved in the anti-fraud industry would try to exaggerate the threat,

oh weird, in my mind I wrote “I don’t think it’s necessarily the case” but I somehow didn’t write that out

My new work involves dealing with identity theft and fraud and here in Canada it’s a similar issue. Lots of fraudulent claims that were basically just accepted because the government didn’t want to do any verification early on in the pandemic. Now that they’re going back and verifying those applications, a ton of them are coming up as fraudulent and ineligible, which means it’s going to cost a lot just to go after them to recover the money. I don’t know how or even if many of the fraudsters are going to be punished. Due to the sheer scale, it might be difficult to prosecute everyone and recover most of the money that went out fraudulently.

Meanwhile they have asked for money back from some people who applied in good faith, got approved, thought they had the money, and spent it. The rules and info available had some ambiguities, errors, etc.

Yeah. The other issue we’re having here is that people who never applied for the benefit are receiving tax slips saying they owe tax for benefits they never received. Can be quite a shock for some. There was another case where a lady who was defrauded for benefits had some of her other tax payments from a different program get garnished to start repaying the benefits she never received. She ended up losing $300 over 6 months and her accountant had to call the government to try to get back. They were so wasteful of his time that he ended up billing the lady more than the $300 anyway, so it was a waste even trying to get it back. The lady was like 85 years old so she couldn’t do this stuff herself. Shitty situation all around and I’m sure there are many stories just like this happening everyday. 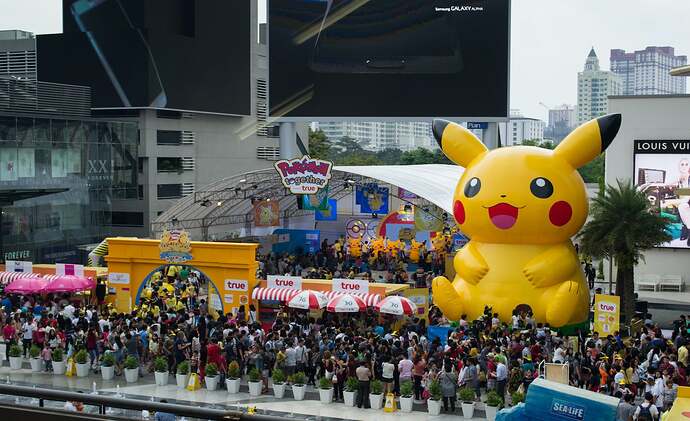 Federal prosecutors said a Georgia man used a COVID-19 relief loan to purchase a Pokemon card worth more than $57,000,