Wanted to share b/c the channel is small but has a lot of high quality content. If someone wanted to know criticism of Musk, this is where I’d send them. 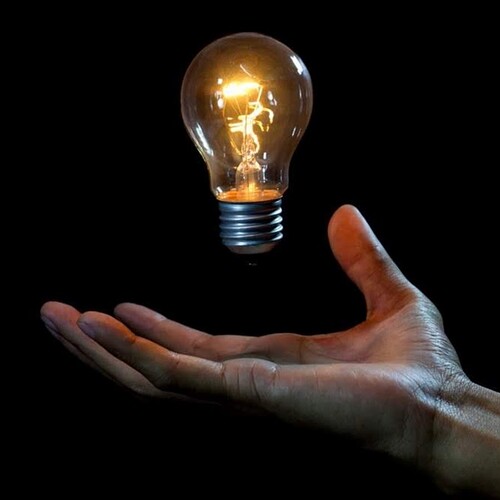 The premise behind the Common Sense Skeptic is simple - provide viewers with the ability to break down outrageous claims using simple mathematics, examples, and logic. Wherever possible, and especially with regards to scientific breakthroughs, this... 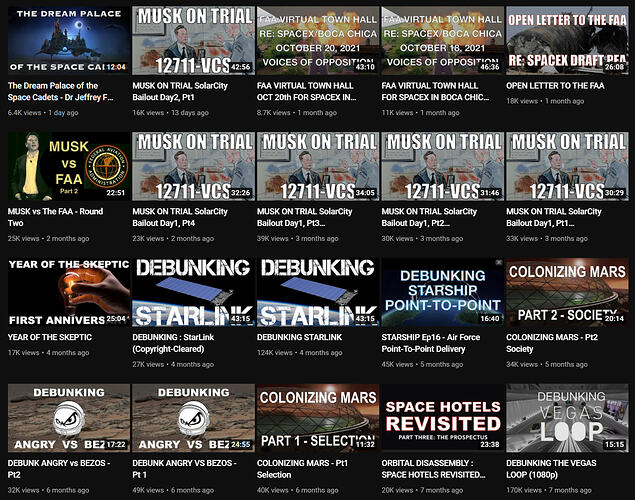 Some vids are very space-focused, but the “MUSK ON TRIAL” ones are wroth a watch IMO. Musk is really really bad at running public companies. (Much worse than I thought)

I found another channel with Elon Musk debunking/skepticism. First video I watched seemed pretty good: [STARSHIP EP1 - STARSHIP ROCKET DESIGN] I looked into this today after patio11 promoted a pro-Musk article: I thought the article was really bad and unconvincing. I then looked at several pro-Musk thunderf00t debunkings, which I also found broadly unconvincing. In some cases they appeared to be pointing out lists of minor errors (some correct and some incorrect) that didn’t act…

I watched a few more from Common Sense Skeptic vids after that. They had some decent info but also seemed to downplay the existence of thunderf00t and other Musk critics in general. IIRC they tried to present themselves as original thought leaders in at least one case where, having watched thunderf00t, i knew they weren’t. The lack of integrity makes it harder to watch their other stuff and just believe the facts – i think most of their facts really are facts but maybe not all… and IIRC they don’t give sources much.

Although I’ve written some negative posts about Elon Musk recently – which I stand by – he does have some good traits. He says some stupid things but also some good things. For example he argued with the “Executive Director for the UN World Food Programme” today on Twitter. Musk, responding to a news headline saying 2% of his wealth would solve world hunger: If WFP can describe on this Twitter thread exactly how $6B will solve world hunger, I will sell Tesla stock right now and do it. This …

Their comparison of Starlink with competitive internet services seemed ill-informed.

They talked about ping times, but said it only mattered to gamers and Starlink still isn’t good enough for gaming. Other than knowing ping time does matter to gamers, I don’t know much about what is/isn’t acceptable to them.

However I do know, contra to the video, that ping matters a lot to other applications like audio and video conferencing, remote desktop, and remote system administration. The Starlink ping times are acceptable for those applications, and the other satellite services are not.

I haven’t personally used either Starlink or other satellite internet services. But I’ve read enough accounts and technical data to be pretty confident that Starlink is a legitimate and large improvement over geostationary satellite offerings, and the video is just wrong saying it’s not.

However, I say “ill-informed” rather than “biased”, because I think they also missed a pretty important fact on their side: the real competitor that matters to Starlink’s success isn’t other satellite services. It’s 4G-LTE and especially 5G Cellular. The speeds and ping times there are also good enough for audio/video conferencing, remote desktop, and remote system admin. The cellular data caps are complex, but not nearly as big a practical problem as with the geostationary satellites. In most cell plans these days you just get “deprioritized” when exceeding the data cap, which is sometimes a big deal and sometimes not, but almost always far preferable to either having no service at all or a huge extra charge which is what I understand happens with the non-Starlink satellite services.

Cellular coverage isn’t absolutely everywhere like satellite, and maybe never will be. But it’s almost everywhere on land that people who can pay Starlink’s subscription fees actually are, especially if they’re using the right equipment. And the right equipment (external antennas and boosters) is comparable in consumer purchase price to the purchase price of the Starlink dish. And the footprint of cellular is continually growing, following wherever people settle in middling numbers and lots of the gaps in between. I’ve gotten very effective internet service from lots of pretty remote “middle of nowhere” locations. Having coverage is way more common these days than not having coverage, albeit I do have above average equipment and knowledge of how radio signals propagate.

There are people for whom Starlink would be way better than any other currently available option, and niche markets like ocean boats that will never be served by cellular. But I think most of the rural and mobile broadband market already is or soon will be just as well if not better served by ground based cellular providers. And I think that’s a huge problem for the economics of Starlink. Maybe or maybe not insurmountable (I’m not taking a side) but definitely worth talking about in any critique of Starlink.

However I do know, contra to the video, that ping matters a lot to other applications like audio and video conferencing, remote desktop, and remote system administration. The Starlink ping times are acceptable for those applications, and the other satellite services are not.

Some gaming is much more sensitive to ping than I think video conferencing is, which is a reason it gets emphasized for gamers. E.g. the difference between 30ms ping, 100ms ping and 200ms ping is large for a decent amount of games. (Those are round trip times.)

I’m not sure what kind of pings it takes to make Zoom noticeably worse. But I know that e.g. SSBM players tend to play online games with people who don’t live too far away (even US west coast playing with US east coast has noticeable downsides), while I’ve never heard anyone complaining that they don’t want to hire Indian programmers because international Zoom calls are too laggy.

EDIT: In fact I did a bunch of international zoom calls with Max and I didn’t notice a ping problem. https://www.youtube.com/playlist?list=PLKx6lO5RmaetREa9-jt2T-qX9XO2SD0l2

At 60 FPS, 30ms ping is nearly 2 frames, and 100ms is 6 frames. Yesterday I watched a video about how a single frame decided the winner of a major SSBM tournament (which was played in person, not online): How a single frame decided Smash Summit 11 - YouTube First place was worth $25,000 USD more than second place. Zain had a 6 frame window to get a hit, was one frame late, and that led directly to him losing. Even with good pings, offline events are favored.

I just searched to confirm my recollection that geostationary sats have latencies in excess of 500ms, with quotes of 600ms - 700ms being common.

When I’ve worked overseas I experienced latencies in the range of 200ms. I’ve experienced similar latencies on older 4G cellular links. 200ms is definitely noticeable if you know what you’re looking for, and results in a significant increase in people talking over each other even if they don’t “notice” the latency specifically. One on one it is less a problem than conferences because one person typically waits for the other to finish before speaking, and the latency just adds a bit of dead air in between. It’s worse the more simultaneous speakers there are on a conference, because the chance more than one person already knows what they want to say and is just waiting for a “break” to say it goes up. But it’s not terrible / unacceptable. And seems comparable to what I’ve experienced with some overseas colleagues when I’m in the states.

However, I can imagine 2-3X the worst amount I’ve ever experienced would be extremely annoying - to the point of being unacceptable unless it’s your only possible option.

Yeah and if 3x worse is typical, you’re going to have bad days where it’s 5x worse. 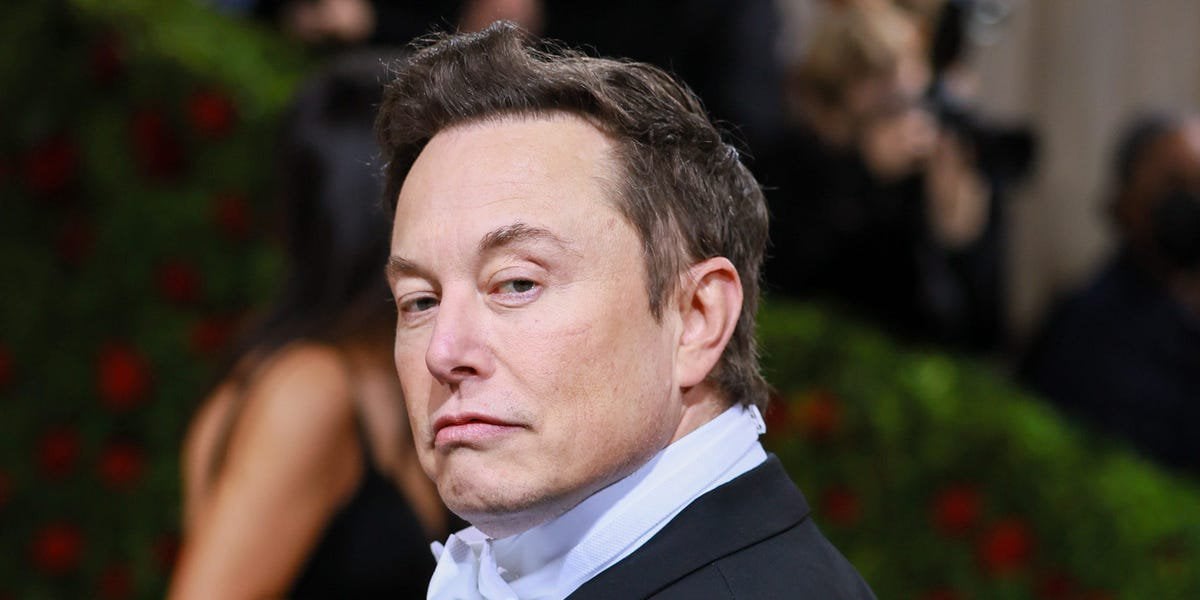 He is a bad person. He treated another human being very badly. And he revealed something about his values – about what he wants to do with his life.

Yesterday he tweeted that he’s going to start voting Republican. Both reddit threads call him out for using that as a distraction. He knew the sexual misbehavior story was coming. So he said the mainstream media won’t like, that way he can say they’re persecuting him when they write about his sex scandal. He’s not fooling everyone. Unfortunately, he may fool a lot of people.

Trying to bury stories with other stories, and manipulate public opinion, is the kind of thing politicians do.

Trying to bury stories with other stories, and manipulate public opinion, is the kind of thing politicians do.

This reminded me of this video from UEG 2 weeks ago has 3 other examples of Musk burying stories with tweets and the like, all from within the last year or so: The Twitter Buyout Conspiracy (theory) - ft. Johnny Depp and Amber Heard Lawsuit - YouTube

It’s so incredibly sad that Elon Musk has the psycho-epistemology of a politician and a sexual harasser. Same with Aubrey deGrey.

Why is it so sad? There are a lot of bad people.

One reason why it’s sad is that it seems like they came so close to being actual heroes. Like, Elon is a self-made millionaire who put his whole fortune into a space company despite everyone telling him it’s a bad idea, he’s supposedly a technical CEO rather than a political CEO, and he supposedly tries to evaluate every decision he makes based on whether it lengthens or shortens the time it takes to get a self-sustaining colony on Mars. But he’s down in the dirt with everyone else.

It is also sad because they are in charge of organizations at the forefront of human progress, and being consumed by social metaphysics necessarily makes them much less effective than they could be.

Anonymous52’s “There are a lot of bad people” is an understatement. There are so many bad people that there aren’t enough good ones around to run important things like space companies and anti-aging charities (and powerful government positions and investment companies and…etc).

Our social and economic system is set up to elevate bad instead of good people to important positions like running space companies and anti-aging charities (and powerful government positions and investment companies and…etc).