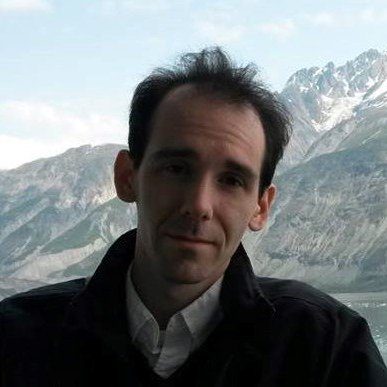 @BretDevereaux
I had a few students after class today surprised that my contract isn't being renewed and wondering how they could express their frustration at that and I still don't have a good answer. One was apparently excited to take my Roman history survey, which, obviously not happening.

University fires actual good professor who does outreach with a good blog. In other words, he works a ton of unpaid overtime doing something effective on his own initiative. He’ll be OK I guess because he’s getting $4,400/month on Patreon for his blog. But the university actually got (presumably by dumb luck) one of the good historians who can write clear explanations about stuff (I bet at just a regular professor salary, not a high salary) and they are giving up that. You should not fire your professors whose articles and lectures provide enough value for the internet to pay them a whole salary!

Imagine if Jordan Peterson worked for you at a regular professor salary and then you fired him. That would be idiotic. This is a mini version of that.

Why Is Fertility Down, and What Can Be Done About It?

An Interview with Lyman Stone

The Future of Substack

And How It Might Replace The New York Times

Relevant to my work. World of Warcraft speedruns are done with in game time. The timer only runs when you’re logged in. For long runs, you have a limited time, like a week, to finish a run. This is problematic because stuff happens in the game world while you’re logged out. In particular, you can kill a group of monsters with a 10 minute respawn timer, then instead of running to another group of monsters you can log out for 10 minutes then kill the same group again with no travel time. And repeat. It’s not fun at all for the runner but it gets a better time. You can also log out while traveling on an automatic vehicle like the zeplin, tram or ship.

She says she remembers being a toddler and shares about what it’s like. A big problem with MMOs is it’s hard to design good content for flexible group sizes. Also, a group size of one is mostly bad/boring. Good tactical combat comes from group vs. group or group vs. boss (which usually has adds but at least has many complex abilities).

Flexible group sizes actually make it easier to play with your friends (imagine doing a 5man WoW dungeon, whenever you want, with no waiting or strangers, with 1 or 2 friends when you don’t have 4 friends online).

A solution MMOs haven’t tried (that I’m aware of) is allowing players to control multiple heroes at once. How can the UI enable that? RTS-style controls with selection groups and issuing orders to the currently selected unit(s). These controls have been used for some RPGs like Baldur’s Gate. This would make LFG less needed. If WoW-type controls are desirable when playing one hero, the game could support switching between two sets of controls. (RTS controls work better with one hero for controlling summons, mercenaries, an NPC army fighting by your side, etc – a game could be designed to use those things more and let you control them if you want to or AI can do it by default.)

With built-in multi-hero-control with actual good controls (not stacking heroes in the same place and repeating your keypresses to all apps), you can tackle group content alone or with any number of friends, at the cost of it being harder, which for some people is worth it or even a benefit. It also makes the game more alt-friendly (e.g. you can powerlevel your alt with your main, or gear multiple alts at the same time).

Are some people capable and willing to get good at multitasking with RTS-style controls? Yes we know that because some people are good at RTS games, and some RTS players do like RPGs too. Also I was a hobbyist game developer on The Kingdom of Kaliron (TKoK), an RPG map for Warcraft 3. That was an RPG (designed as basically a simplified WoW) with RTS controls. A lot of people chose to simultaneously control multiple heroes sometimes, often for farming lower level content to counteract the difficulty increase (older content is also the hardest to find other players for). I recently wrote more about this as suggestions to Frost Giant, a group of ex-Blizzard people making a new RTS: https://www.reddit.com/r/FrostGiant/comments/u6vn28/rtses_and_rpges_suggestions_for_frost_giant/ In it, I suggest that real-time-with-pause controls would allow people to control many alts at once with much less challenge, so they could e.g. do 40man raid content with a few friends or even alone. Pausing and issuing commands during pauses would presumably have to be limited to instances.

A downside of playing multiple heroes is you may need to scale overworld enemies based on the number of heroes present so you can’t trivialize enemies by bringing many heroes. Or a limit of controlling 3 or 5 heroes max might work. You don’t need scaling in instances because they have a limit on the number of heroes that can enter and are balanced around the max group size. TKoK scaled by hero count. Controlling multiple heroes can be problematic in PvP too, but one solution is just disable it for PvP. Another potential downside is people feeling disadvantaged if they don’t exploit controlling multiple heroes to maximum benefit at all times.

Does anyone have experience using software to improve audio/voice? Like: Improve your vocals from any shotgun microphone or lavalier. We have indoor and outdoor presets to massively improve your voice with ease! Simply DRAG and DROP, for perfect audio. Click here... I don’t know if I should get/use anything. I know some of this stuff is built into final cut already (FCP is showing 109 audio effects installed including a de-esser and a “voice over enhancement” effect) but i haven’t used their stuff (though i think i’ve used a few of the same things via audio hijack or OBS, e.g. a noise gate or a background noise remover).

related: i tried to research mics in the past and found it difficult to figure out what’s actually good. i have an audio technica AT2020 USB mic with a small stand, pop filter, and a shock mount that looks similar to: 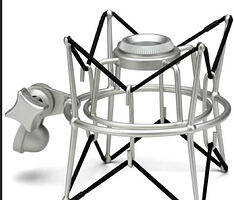 on a related note this looked potentially good: but first they need to update it for apple silicon and the latest FCP version (both of which I’m using). i was looking for an audio visualizer first when i saw an era demo video. i know i can also do an audio visualizer with: ffmpeg, motion (it’s a bit of a hassle though), descript or some audiogram websites Safe assets are much riskier than risky ones. This is I think the deep lesson of the 2008 financial crisis, and crypto loves re-learning the lessons of traditional finance. Systemic risks live in safe assets. Equity-like assets — tech stocks, Luna, Bitcoin — are risky, and everyone knows they’re risky, and everyone accepts the risk. If your stocks or Bitcoin go down by 20% you are sad, but you are not that surprised. And so most people arrange their lives in such a way that, if their stocks or Bitcoin go down by 20%, they are not ruined.

On the other hand safe assets — AAA mortgage securities, bank deposits, stablecoins — are not supposed to be risky, and people rely on them being worth what they say they’re worth, and when people lose even a little bit of confidence in them they crack completely. Bitcoin is valuable at $50,000 and somewhat less valuable at $40,000. A stablecoin is valuable at $1.00 and worthless at $0.98. If it hits $0.98 it might as well go to zero. And now it might!

They make it really fragile/brittle to make it seem stable. They try to hide all variance and won’t let it go down a bit, so all it can do is be stable or crash all the way.

r/facepalm - Buffalo shooting witness called 911 and dispatcher asked why she... 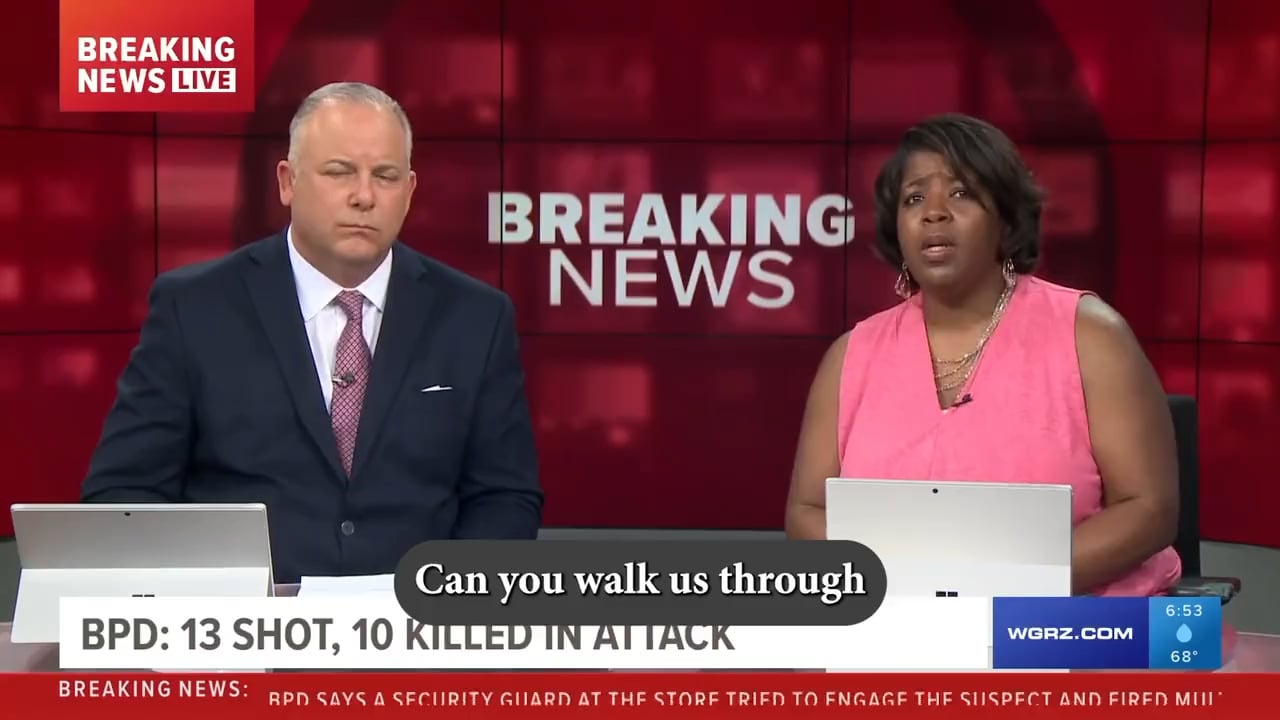 many, many stories about 911 incompetence in the comments Matt Levine argues (reasonably!) that Elon Musk is a bad faith actor, a chronic lawbreaker, and a liar. This is primarily regarding the Twitter deal.

Twitter stock is currently at $37, but the deal is at $54.20, indicating stock market investors have little faith in Musk fulfilling his contractual obligations or the courts enforcing the contract. If either of those happens, Twitter stock is worth $54.20 (minus a little bit for the time delay between now and when you get paid). 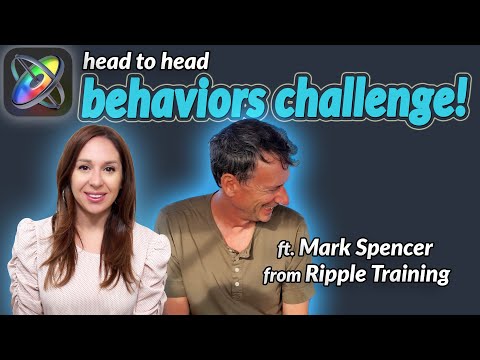