i have been playing WoW TBC.

right now im specifically trying to learn how the catform DoTs work. i think the only DoTs cat gets are: Rip, Rake and Pounce (u have to be stealthed to use Pounce) , they cause bleed damage over time. Rip damage scales with combo points, so you want max combo points before you use rip. Rake and Pounce do not need combo points

first tick activates right when you press the Rip ability. so u have to apply Mangle before u apply Rip for Mangle to cover the first tick of Rip.

so u will have the first tick of rip ~1.5 Seconds after u mangle, so you will be at 1.5/12 seconds into the mangle duration, and 0/12 seconds into the Rip duration. so the final tick of rip would have to end <10.5 seconds into its 12 second duration for 1 Mangle debuff to cover all of the Rip ticks. id guess the last Rip tick ends when the Rip DoT ends, so you HAVE to use Mangle twice to get the bonus on all your Rip ticks

last info is wrong. i was confused cuz of my auto attack damage.

first Rip tick is 2 seconds after you use it, it does 1 tick every 2 seconds for a total of 6 ticks in 12 seconds. so you can use rip, then before the first tick happens use mangle, and one mangle will cover the entire Rip. flying mounts in world pvp seem dumb in general, but this scene is neat: i am trying to figure out how to do an opening from stealth with cat.

if your gonna attack from stealth, then you can assume you will have 100 energy.

you want to use Pounce as your very first action cuz it stuns for 3 seconds, and applies a 450 damage 18 second bleed DoT.

i was trying to figure out how to get a shred within the 3 seconds someone is stunned (they need to be stunned or else they will turn around and point at me, and i need to be behind them to use shred)

i think i want to apply mangle before i apply shred because mangle: “causes the target to take 30% additional damage from shred”, but i could also just cast shred 2 times instead of doing mangle>shred

heres me trying to figure out what the energy costs for pounce>mangle>shred are:

Energy Costs:
pounce = 30 (technically 50)
if you time pounce with ur energy tick, then it will effectively only cost 30 energy cuz u will get a energy tick right after using pounce

so you need to wait for an energy tick (2 seconds) after using pounce so that you can afford to do a shred.

OH I JUST REALIZED: cat GCD is 1 second, not 1.5 second. i was confused cuz it did not seem like i could do a pounce (1.5), mangle (1.5), then shred cuz the pounce mangle already took the 3 seconds in my stun, yet i was still able to do pounce>mangle>shred cuz the pounce/mangle cost 2 seconds not 3 seconds

so after pounce>mangle the target will be stunned for 1 more second AND you will just have gotten an energy tick, so you can do a shred.

powershifting while in cat is still a 1.5GCD tho, so you cant use any cat abilities until 1.5 seconds pass after u powershift.

This is for retail but it says rogues, cats and monks get 1s gcd and that haste lowers gcd (haste was added in TBC) by at most 50%: 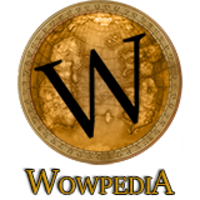 it also lists abilities that ignore gcd by class. tauren war stomp is in a special category: can’t use while stuff is on cd, but doesn’t cause a cd itself when used.

In the Burning Crusade there are some changes to the stats and attributes found on gear. Many of the old stats that you know from Classic have been converted from an absolute percent (1% critical strike chance, 2% hit chance, etc.) to a rating which...

IR and I leveled undead mages to 60 in classic.

In TBC classic, we added undead priest (me) and tauren druid (IR), used the paid boost to 58 and and leveled to 60.

We didn’t raid in classic. I have some interest in raiding but more in arena. We played a decent amount of BGs in classic including getting exalted in AV.

Horde has long BG queues. It was often like 20 minutes for a WSG or AB, and 90min for AV. It helps a lot that I have the flexibility to play on and off, and do other stuff during queue like reading, writing, coding, etc. It’s less of a problem than working 9-5 at the office and then only being able to play in the evening and losing a lot of that time to queues. The queues were still really annoying.

Alliance gets much faster queues.

I’ve been reading https://www.reddit.com/r/classicwowtbc/ and people are saying horde queue times today are around 40-60min for all 4 BGs and that this is only going to get worse over time, not better, because alliance finish their honor grind much faster.

Arena queues aren’t an issue due to cross-faction (horde teams can fight other horde teams). But I’ve read that if you play regularly you get one piece of arena gear every 1-2 weeks. A lot of people are farming gear in other ways to get started, especially honor gear. But it’s way too slow to farm.

So BGs are an important way to get gear. You at least need to get 8k honor to get your pvp trinket (and do that without a pvp trinket the whole time, or spend 3k honor to get the inferior version first). I also like to play some BGs just for fun.

I don’t know how much you can substitute in other gear from reputation grinds, professions, bind on equips on auction house that you farm gold for, dungeons, raids, etc.

We could make new accounts and boost to 58 on alliance. We’d have to pick one class each (it’s one boost per account max).

Alliance downsides: worse racial abilities (this is exaggerated and class dependent, but matters). Possibly having a worse time in world pvp (could go pve server, or i think you can paid transfer from pvp to pve if it’s too much trouble, but you cannot transfer from pve to pvp). And people say alliance PUGs (pickup groups) win like 10% of battlegrounds. Not sure how much they’re exaggerating but my win rates in BGs as horde were well over 50% despite losing to alliance premades sometimes. (I did a lot of my BGs at 59 not 60, which I think significantly reduced the amount of premades. IIRC i tried some BGs at 60 and hit more premades and more people with way more gear than me so I didn’t have fun).

The system: alliance premade > horde PUG > alliance PUG is pretty bad. I want competitive games. I don’t want to stomp people. But retail sucks and classic is old and doesn’t have ranked battlegrounds where you get a rating that goes up from winning and down from losing and then the matchmaker can try to make fair games.

Anyway I’m not sure about switching to alliance or not. If so it’d be better to do it now instead of after leveling a bunch more. I think I’m up for doing questing and dungeons to 70 once only. Mage AOEing is also OK.

I suspect I want to play frost mage but i’m interested in other classes some, especially priest. I should try healing some dungeons on my priest and try some BGs. Priest is low mobility, low CC, low anti-CC, low aoe, but has some cool things like dispels, mana burn, shield, various heals, the ability to choose between healing and damaging, a fair amount of choices in pvp at least.

IR knows what classes he likes less than I do.

I’m not that sure how much I’ll even play. I’m generally pretty skeptical of plans that rely on other people (like raiding or premades). I’d like to just play some arenas but you have to level and then somehow get decent gear or else I think you don’t get to play remotely fair games.

Feral Druid has a talent ability which completely supersedes another ability. the ability “Claw” does:

where as mangle does:

it seems weird that one ability completely supersedes a different one. it would make more sense if it was a different rank of ability.

We didn’t raid in classic.

i think that was my fault. i cant think of what else to add to this comment at the moment

Horde has long BG queues. It was often like 20 minutes for a WSG or AB, and 90min for AV.

i forgot how long the queues were.

and people are saying horde queue times today are around 40-60min for all 4 BGs and that this is only going to get worse over time, not better, because alliance finish their honor grind much faster.

it doesn’t completely supersede, based on the info you posted, since one gives a combo point and the other does more damage + debuff. i don’t know the class well but i think combo points are significant.

i think that was my fault. i cant think of what else to add to this comment at the moment

not really. i made a purposeful choice not to find a guild and make raiding happen. i didn’t wanna do the work. so that was me. i said i’d try it if you figured it out, and you didn’t do it either.

ok so it wasnt my fault, but i could have tried to make it happen, which i didnt.

Mangle is a replacement ability for Claw , thats the purpose of it. Its just like for Warriors who get Devastate which replaces Sunder Armor.

main things i think i should do or figure out:

this is kinda a dumb problem. game has flaws. it’s old. retail is worse… i dislike a lot of modern game design stuff in general. they’ve gotten better at focusing on target audiences that are very clearly not me.

i feel like i am going to make a lot of mistakes if i try responding to this message normally.