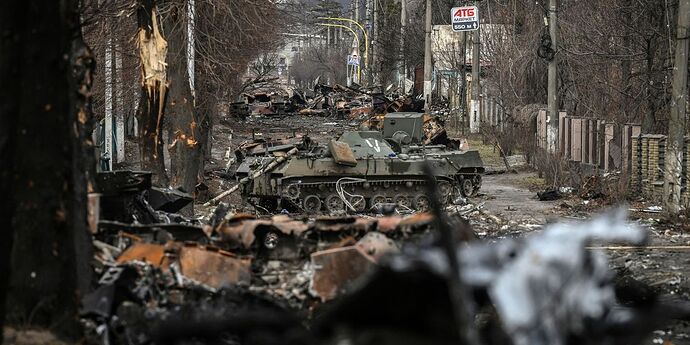 How Russia’s Revamped Military Fumbled the Invasion of Ukraine 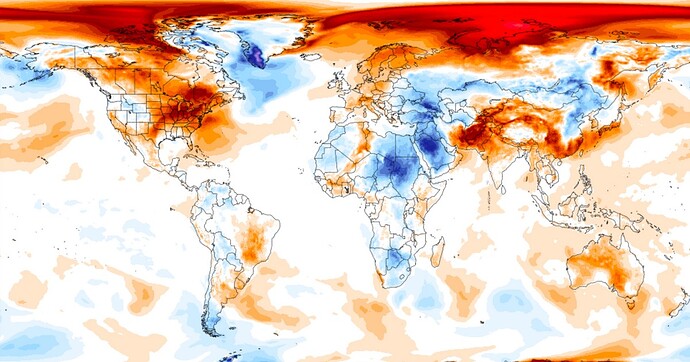 "With everything going on in the world right now, the dual polar climate disasters of 2022 should be the top story," says Eliot Jacobson. Putin signed a law telling Russian airlines to steal billions of dollars of planes from foreign companies (rather than return leased planes to owners).

I found a reply to me about Ukraine that YouTube was hiding: 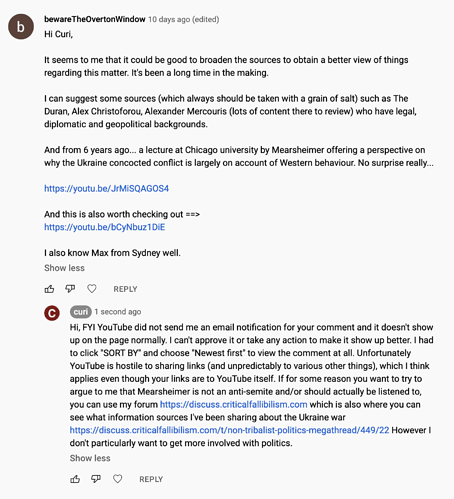 The Red Wedding for Rural Pharmacies

Biden just tried to regulate CVS, United Health, and Cigna. Cigna struck back, and is now trying to wipe out independent pharmacies and harm patients. Plus, antitrust enforcers are getting real.

about how much of a mess US healthcare is

Another article about PBMs:

The word “access” is thrown around a lot these days, particularly regarding health care and specifically, prescription medications. Access to medications essentially revolves around two things: availability and affordability. Immediately,...

A US startup is a defense contractor and won a billion dollar contract. The founder made Oculus VR before doing this. Some of their tech may or may not be in use in Ukraine right now. Interview quote talking about the attitude of big US defense contractors: 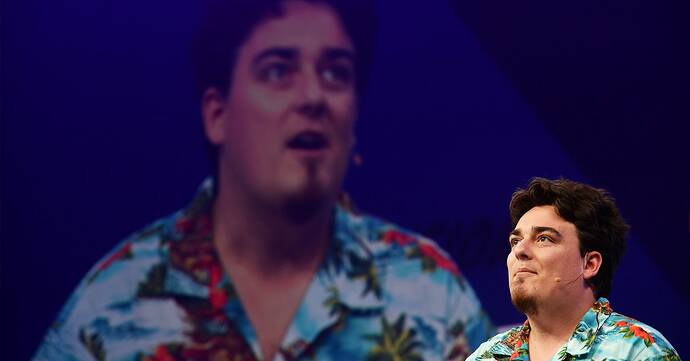 The founder of Anduril and Oculus discusses his talks with Ukraine's president, the ethics of AI weapons, and Mark Zuckerberg's metaverse.

For example, we were all competing to try to shoot drones out of the sky. We did the best, and that’s why we won the contract. I made a mean tweet about this—some of our competitors were complaining that it was unfair that we showed up with tech that we had developed using our own money, whereas they were only using technology the government had paid them for, and that they wished the government had given them more money to develop it. That’s one of those complaints that you hear in the defense industry but sounds really foreign when you come from the consumer electronics space or the enterprise space. Like, wait, it’s not fair that I spent my own money to make something without taxpayers being involved?! I’d seen most of this information elsewhere before. Seems accurate and bad.

When you put numbers like that in an article, you should triple check them. Count the zeroes, use a calculator, etc.

The second risk reduction number should have two more zeroes than the first but has three.

WRT Youtube – I thought the following video had some interesting ideas about anti-paths-forward incentives for corporations. The first minute or so is enough to get the idea – “every problem is a problem at scale”.

Also I think it’s notable that Marques is sorta overall pretty positive about YT comments without acknowledging the other existing issues. (3:40)

There’s also some coverage of some open source tooling to remove YT spam (5:55) and more discussion of the broader issue. The Elites don’t want to let Elon Musk buy Twitter and make it more favorable to free speech. Their poison pill response is likely illegal (though who knows who would actually win in court, which could easily go contrary to the merits of the case). 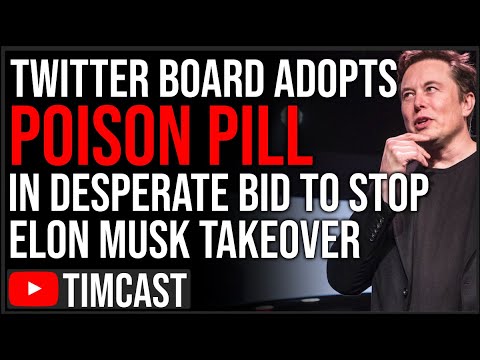 I’ve been reading multiple Matt Levine articles about it recently:

I have a lot of complaints about Musk, but he still seems better than Twitter’s current leadership, though I haven’t actually researched how pro-free-speech he really is or isn’t (but I have seen him stand up to Elites before). Getting the right answer matters!

Getting the right answer matters!

Here’s a kind of banal idea that I’ve been thinking about: the rich donors and well-endowed foundations who fund policy analysis and advocacy organizations in D.C. ought to put more emphasis on things like “try to come up with the correct answer” and “explain the truth in a clear way” and less emphasis on being a good team player.

I have been saying stuff like this for years! I have not found people very receptive to it (despite also explaining sophisticated philosophical and logical reasoning for it)!

But how was it that nobody noticed this problem until Bruenig? I heard from someone who used to work at a well-regarded center-left think tank that one of her colleagues noticed this exact problem earlier. But when she raised the issue, she was told to keep quiet because the care groups have always been supportive on other issues.

So, due to lack of Paths Forward and truth-seeking debates to conclusions, they went ahead with trying to push the policy and get laws passed while ignoring known criticism. What happened when they went public with their flawed idea? A commentator noticed the problem and stated it. Other people were like “hey that is a big problem”. Band-aids were added. The policy proposal became a mess and died.

That is the most explicit statement of Coalition Brain that I’ve heard, but I think it’s a widespread syndrome across causes and institutions. Everyone is supposed to mind their own business and support the team, not directly fire at anyone else. And of course it’s true that politics is fundamentally a team sport and a game of coalitions. But I think two problems arise when Coalition Brain gets too severe. One that I’ve talked about a lot is that while you avoid nasty fights about prioritization, you also wind up not actually setting priorities. To set priorities, different groups need to be able to criticize other groups’ ideas and say that the other group’s proposal is actually not very well-designed, addresses an unimportant topic, or for some other reason is a less-worthy use of a limited budget. But the other is probably that the journalists and elected officials who depend on the groups to develop policies can end up with an exaggerated sense of the policies’ merits.

Yeah. The article goes on to talk more about the lack of substantive debating happening in politics. This comment is also really important about how social status and networks matter and tend to exclude young people:

I often struggle to know where to point a younger journalist seeking reliable sources of information. If you’re old like me, sometimes people you’ve known for a long time will tell you things quietly. But when I was in my early-to-mid 20s, I really relied on policy groups having overt arguments with each other in order to learn about the issues.

In other words, you need to have long-term friends in the industry to get people to stop lying to you or refusing to speak. There’s a lot of stuff people will only say as gossip, not openly.

This is absolutely my favorite Yglesias article that I’ve read, despite it also saying:

The biggest failure of his [Obama’s] administration, by far, is that they left the economy under-stimulated.

That is a Keynesian view that I strongly disagree with and consider extremely harmful. 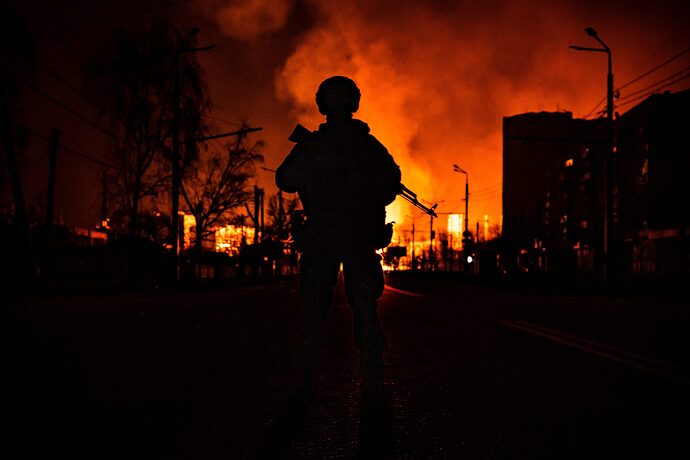 I Commanded U.S. Army Europe. Here's What I Saw in the Russian and Ukrainian...

The two armies at war today couldn’t be more different.

5 posts were split to a new topic: Labor Unions 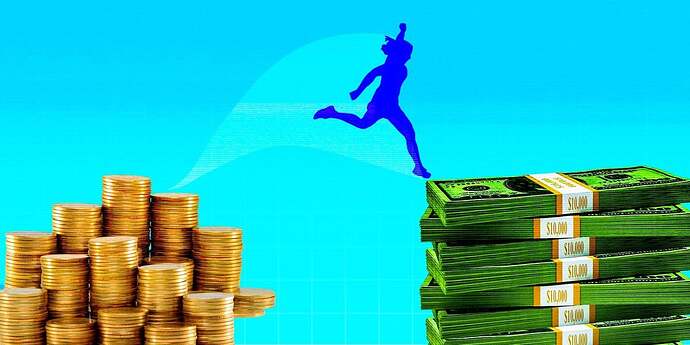 My coworker was making about 85K. Got an offer from another company for 120K. She told our company she’d stay if they would match it given she knows she’s being underpaid but enjoys her role. She’s also brilliant with years of experience. No dice. She walked, and a month later word got around that they hired her replacement for 130K. I don’t understand leadership’s logic. It’s like they would rather have to onboard and train a rookie while paying them what they could have paid to keep top talent than have to treat their employees with respect.

and other similar stories in the comments and linked article, and a comment that companies do it because many people threaten to quit but don’t and

I’m convinced that high end tech companies make the interview process as annoying as possible because it adds friction to people from moving and making more money. I’ve tried to convince hiring managers that 7 hours of interviews is not necessary and using historical interview data shows that success rate of candidates does not change at all based on number of interviews and how many weird unrelated to the job puzzles are given and was basically told the data didn’t matter.

Lessons From the American Inferno

I agree that people with high rank/privilege are a problem. I’m guessing you’d agree that many people outside the state/govt are also privileged elites who can get favors from politicians and other elites. This includes most mega-rich people and executives of big corporations.

But I dislike the concept of class war. I agree with the (classical) liberal theory of the harmony of men’s interests (if they are rational and take into account the medium term not just the very short term) advocated by both Rand and Mises. I don’t want to fight with people or split society into warring classes/tribes (I know it already partly is that way, but I’m against that).

Here are two Mises quotes that explain which I really like: https://curi.us/2341-mises-on-harmony-of-interests

I see the elites broadly as foolish and ignorant people, who don’t actually have very good/happy lives, who (for their own benefit) need education with better ideas about their own interests (as well as about economics, politics, philosophy, etc.) There’s malice and dishonesty mixed in too, not just good intentions, but a lot of that would go away if they had and understood better options. Individually, each elite person is about as trapped as anyone else with no significant control over society and its major, flawed systems.